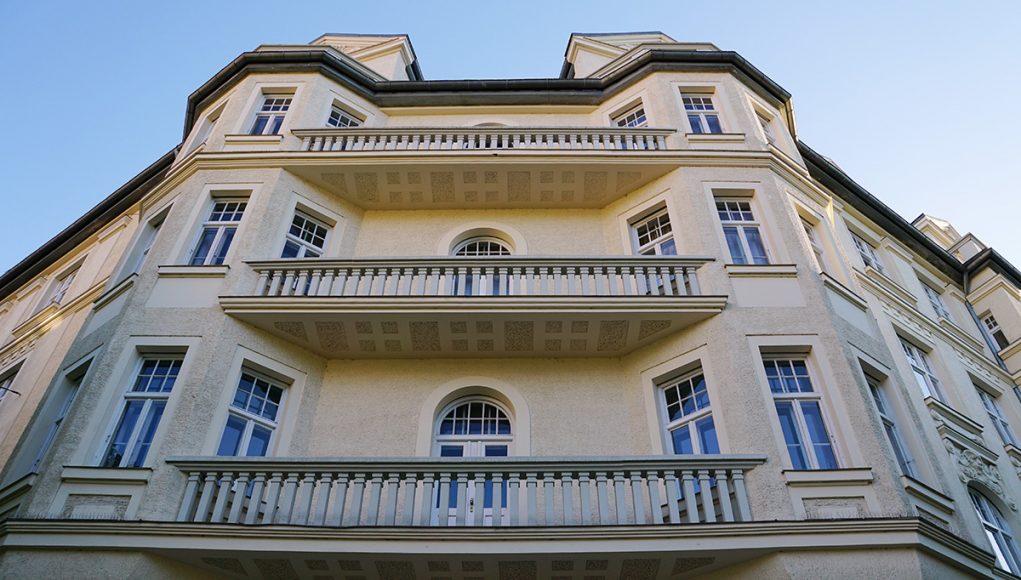 Whenever I peek out the window of my office, I can barely see a yellow-greyish house. Nothing special, all things considered. Five balconies, two grand oriels, some floral ornaments under the gable, and everywhere arched windows that hint at the big rooms hiding behind the dull panes. It is flanked by two beautiful art nouveau houses – much like in the rest of the district of Bogenhausen. Only a few people passing by this nondescript police station know that Adolf Hitler had his apartment on the second floor of Prinzregentenstraße 16.

I am living, quite literally, next door to Adolf Hitler, one of the greatest criminals of all time. It’s nothing I am proud of, it’s not even something I thinking about very often. Still the fact remains.

Whenever someone visits me, I obediently point out: 397.55 square meters, all in all 9 rooms, and one housekeeper – the apartment of the Führer was no grand affair. Was I to judge, and I don’t, I’d say it was strangely middle-class. 4,176 Reichsmark was the rent per year, which Hitler never paid himself. Other’s (like his publisher Bruckmann) all too willingly covered the costs. 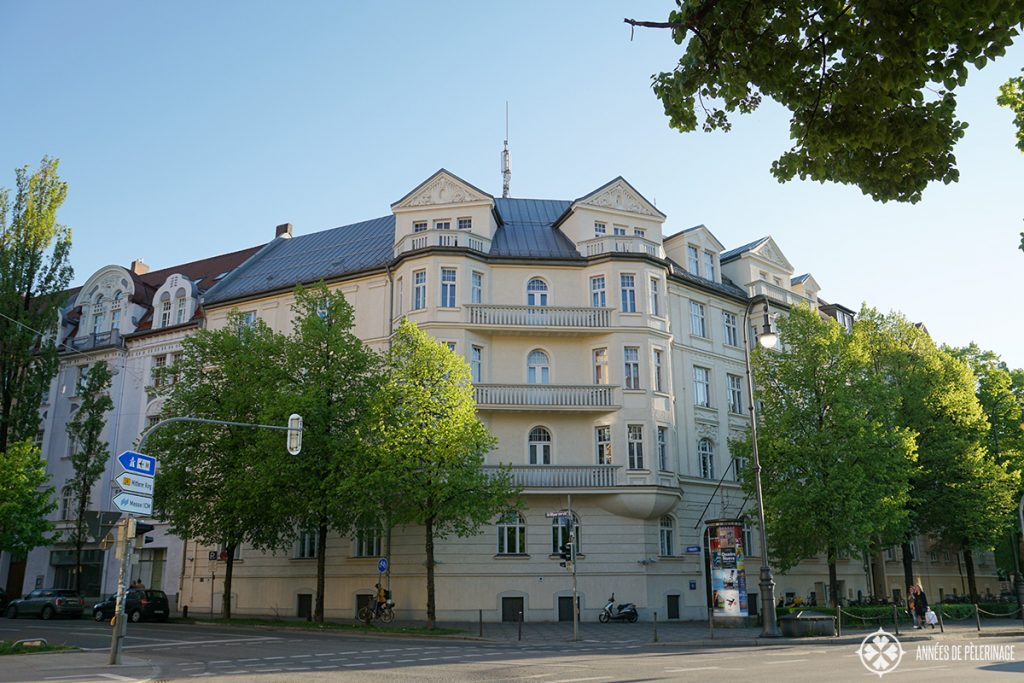 Hitler moved in September 1929 and, officially, never moved out. He kept this flat until the end of his life, even though he didn’t spend any time here by the end of World War II. Still, it is quite important to notice that he bought the whole house later on. Why? Well, one theory revolves around his little half-niece Geli Raubal. Hitler, whom she called ‘my beloved uncle Alf’, took the young medicine student in. But only two years later, in 1931, she committed suicide using his own pistol. This was after Hitler discovered her relationship with his chauffeur and practically locked her in. Maybe there was also some rivalry going on between her and Eva Brown? Who knows. Hitler later claimed that Geli was the only women he every truly loved. 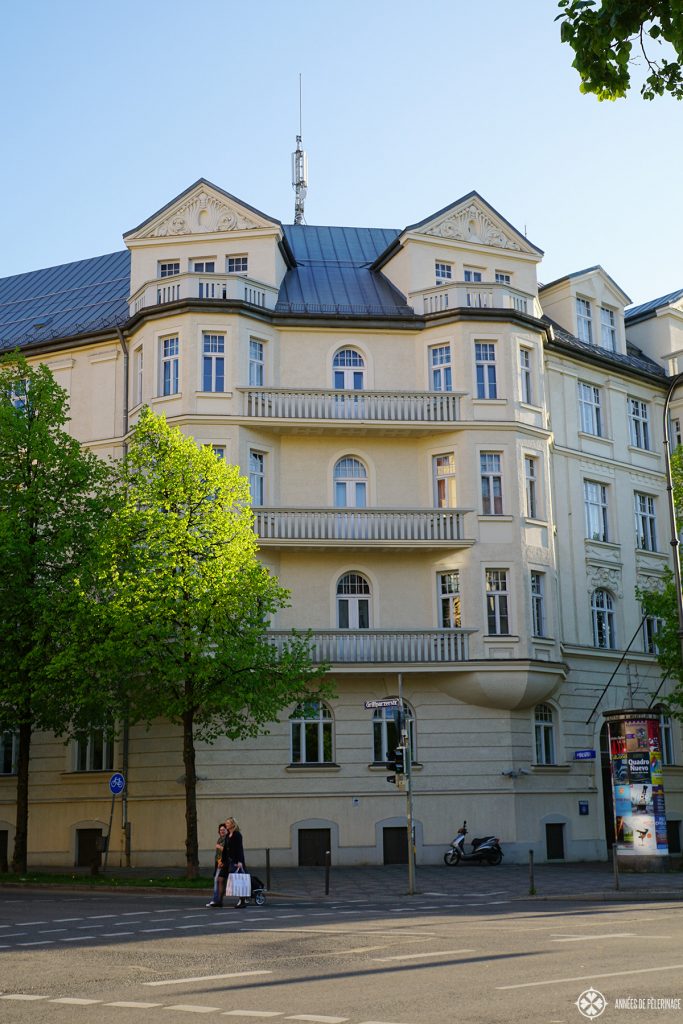 After the incident, Hitler converted that room into a shrine. Nobody was allowed to enter but himself. More than that: Every anniversary of her death he used to lock himself in that room. Today the room is a storeroom. Old files of the police department are crowding the small space – intentionally mundane, intentionally neglecting. After the war, Hitler’s private property passed over to the Bavarian state. They installed a police station in the building and thus prevented it from becoming a site of pilgrimage. 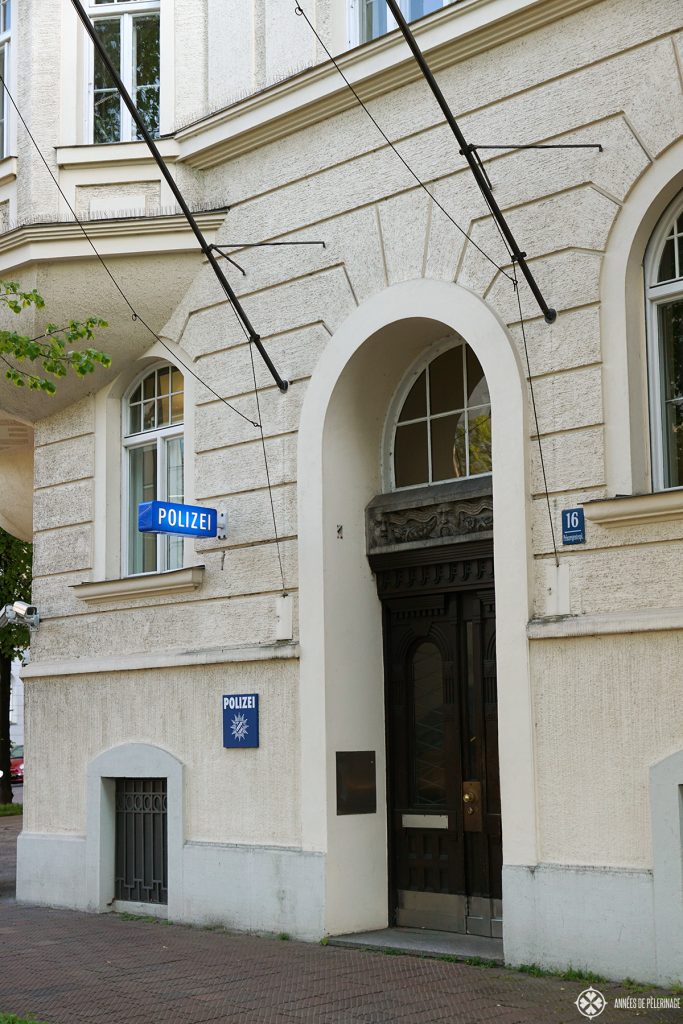 Germany always had problems with its past. You can’t visit the apartment on the second floor, the police deny all requests. I once lost my wallet and was requested to collect it from the station (luckily someone found it). The interiors remained almost unchanged: old oaken panels emitting a musty smell and giving an utterly unsophisticated impression. Greenish and fawn tones, stark neon lights, very high ceilings, and creaking parquet floor – nothing there said “stay a while”. It almost appeared unused. 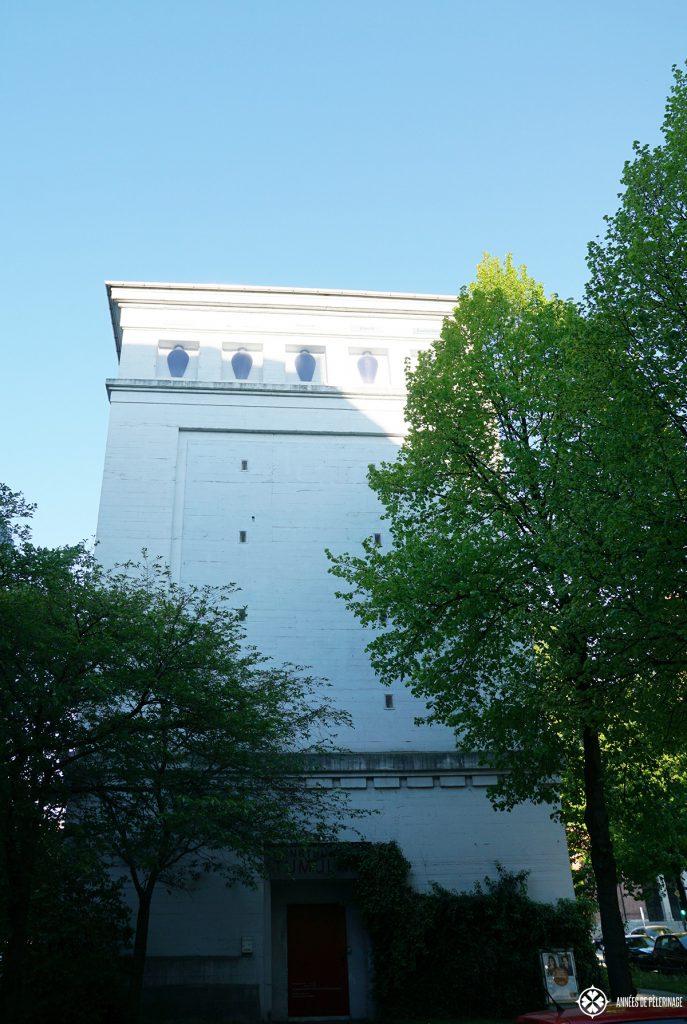 In 1939, with the beginning of the war, a small bunker was installed under the house. Only old pictures of more oaken panels covering the walls are floating around the media – again nothing you can visit. Only the bigger bunker next to my house remains, but that too is closed because of fire safety concerns. I am not sure what to make of this fact. I always had the impression it was all a tack too apologetic. When I visited Moscow last year, I visited Stalin’s grave, adorned with fresh flowers (at minus 10 degrees, mind you). Fresh flowers, can you believe that? I was more than speechless face to face with such perversion, as you might imagine.

To be fair, I don’t claim to have an answer on how to handle our difficult past any better. These days, just across the street, there is a Jewish cultural center. It’s in the same building my family doctor has his office. Perhaps normality is really the only answer. Each day thousands of people pass the house on their way to the subway. In the evening, you can often see people wearing suits and elaborated dresses seeking the famous Prinzregenten Theater only 100 meters away. They pass, as history passes away. As I glance out the window, writing these last lines, I get the feeling that this is a good thing. Hitler is not my neighbor. It’s the wonderful people of Bogenhausen – some of them I even call friends.

Looking for more stories from Munich. Here is my list of 50 amazing things to do in my hometown.