Home Travel guides Is Abu Dhabi safe to visit in 2020? 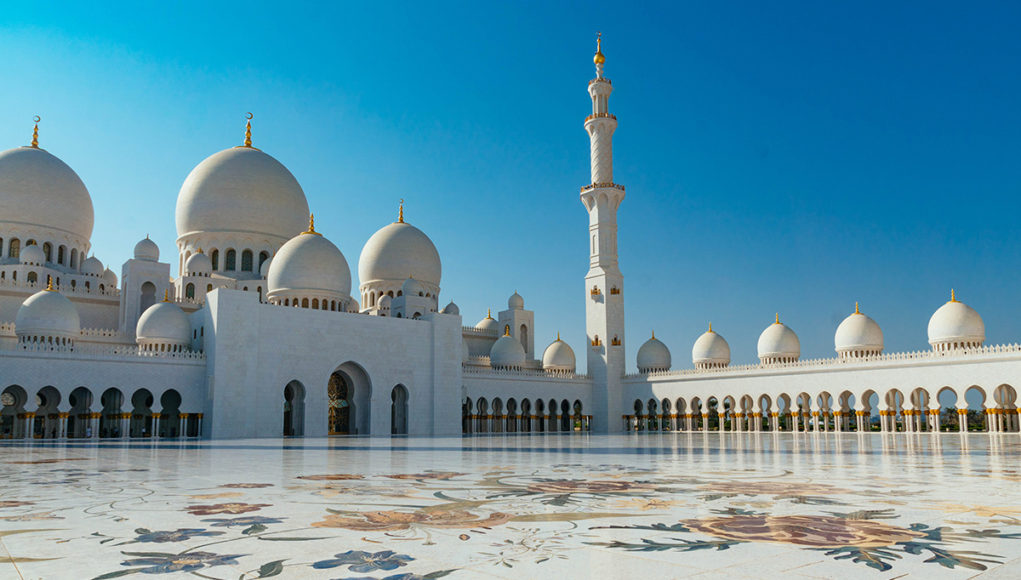 Abu Dhabi is a truly special place. It’s a bit like the Arabian Nights – only this one is real and you want to return over and over again. The grand mosques, hotels, and palaces are just unbelievably beautiful (just check out my guide to the best places to see in Abu Dhabi). But what about safety? Is Abu Dhabi safe in 2020?

Yes, the emirate is a predominantly Muslim country. It’s located on the Arabian peninsula, and of course, most of us remember the Gulf war. But to be quite frank with you: None of these factors make Abu Dhabi unsafe in any way. There are just a lot of prejudices around.

In this travel guide, I’m going to take a closer look at the Abu Dhabi safety situation. But here’s the gist ahead: Yes, Abu Dhabi is safe for Americans, Europeans, and almost all other nations as well.

Let’s take a deeper look, shall we?

Abu Dhabi travel safety: everything you need to know

Now is Abu Dhabi safe for American tourists? Hell yes! Here’s one juicy fact: 80 percent of the United Arabian Emirates (UAE) population are foreigners and expats. I’m sure if that many people decided it’s safe to work and live there, it’s perfectly safe for you too.

Other than that, acts of terrorism are extremely rare in the UAE. The last fatal incidents date back to 2012 and then the next one happened in 1983. By that standard, it is probably a thousand times safe to visit Abu Dhabi than staying at home in the US or central Europe. In the past, terrorists have used the UAE to launder their money or as a transit country. While this is certainly of global concern, it’s probably nothing you have to worry on a more personal level.

In terms of crime rate, Abu Dhabi is a lot safer than most big western countries: Burglaries occur 13 times less in the UAE than in the United States, robberies 11 times less, and the rape rate is 18 times less than in the US. So, even by that standard, the UAE is pretty safe, and there really is nothing you need to worry about. At least not going by numbers and the official statistics. (There are those who say that numbers for domestic violence are underrepresented, but I guess that is not a concern for tourists).

That being said, petty thefts still do occur, but I guess you weren’t going to go abroad without your common sense anyway. Leave your valuables in the safe at your hotel, watch out for your luggage/wallet, etc.

The political situation in Abu Dhabi is also very stable, probably also due to the very tight law-enforcement and police presence. And in terms of natural disaster, there is literally nothing to be afraid of either – there are no hurricanes, no heavy rains or blizzard.

Things you have to worry about when visiting Abu Dhabi

Now, while the Abu Dhabi is utterly safe to visit and nothing speaks against booking a trip, there are a few things you should be aware of.

The sun in Abu Dhabi is intense – even in the winter months. Temperatures above 50° Celsius / 122° Fahrenheit are not rare in summer. You absolutely have to bring a very good sunscreen, protect your head with a hat/scarf and drink plenty. Things might get ugly pretty fast otherwise.

Also, be aware that import regulations are extremely strict. Absolutely do not bring any form of pornographic material (print or digital). This might even apply to magazines that show a bit too much nudity. E-cigarettes are also prohibited, and when it comes to importing even standard medicine you might need a prescription from your doctor. Make sure to read the current customs regulations before your visit.

Now, this list might sound a bit harsh, but actually, it’s probably nothing you have to worry about on a regular trip. Most of these offenses require someone to report you, and you probably will have little to no interactions with locals during your trip. Still, the local laws in Abu Dhabi is something you really should be aware of.

At the end of the day, you really shouldn’t worry about them too much. Most people just stay in their hotel or visit the top tourist attractions – and even the locals see things a lot more relaxed there.

If you are traveling to the Middle East as a solo female traveler, I’m sure your worries are twice as big, as a family of four. You are probably not only afraid of the foreign culture, but also of harassment. But the truth couldn’t be farther off the mark. You might have heard horror stories of how Arabian men treat the women, etc.

But really, despite what many people might think, the men in Abu Dhabi honor their women like nothing else. They want to protect them (and not exploit them or anything like that). This might sometimes take forms westerns don’t understand, but then again you are not here to marry. Together with the very strict law and the conservative culture, harassment of any kind in public is nothing you have to fear at all.

I mean, it’s not like it never happened – but you know, that’s how the world is. But I’d wager there are few places safe for solo female travelers than the UAE – and walking through the park at night in your hometown probably a lot more dangerous.

That being said, women have to dress rather conservative. You do not have to run around wearing an abaya (long loose dress) or niqab (veil) at all, but maybe avoid showing that big cleavage, eh? In this case, it is less about enticing men, but more a matter of respect for the culture!

The law of the UAE is shaped by the Sharia. Homosexual relationships or cross-dressing of any kind are prohibited. Even extramarital sex is illegal, as are showing affection for one another in a public setting. Sounds quite strict, eh?

That being said, I visited the UAE multiple times and never had or noticed any problems whatsoever. I think it is perfectly safe for gays or lesbians, as long as you are not holding hands in public and you are not straddling each other on that sun lounger on the beach.

The ironic thing is: As the society is so conservative and gender-segregated, seeing two men or two women walking together on the street or exploring the country, is not odd, but rather the norm – as long as you are not trying to run for Mr. Butch or Ms. Campy 2020 on the sidewalk.

Of course, there are other thoughts to consider as well: Do you want to support a government/country with such strict anti-LGBTIQ laws or not. This is something you will have to answer for yourself.

For transexual or intersexual persons, things are probably quite tricky. At the least, things might get awkward – if your passport says male, but you are wearing a dress (or vice versa) even dangerous. As I don’t have direct experience with it, I’d kindly urge you to do some serious research before you commit to the trip.

Abu Dhabi airport is an international hub, which is about to get even bigger (as the new airport will open soon). As such, it’s perfectly safe and I never felt even in the least unsafe there.

Also, I’m sure you are aware of Etihad Airways, right? One of the global premium airlines. Well, guess what – their home base is Abu Dhabi airport. The emirate invested billions into this part of their future and it really looks the way.

Abu Dhabi Airport is white, bright and more than welcoming. It’s not just some run of the mill airport, but definitely, a place where you can easily spend a long layover or night. There is even an in-airport hotel in terminal 1. I do have to mention, however, that it’s not as comfortable as the neighboring airports of Dubai and Qatar (yet).

The only thing that might take a little longer is immigration. But hey, if that is the only concern, I’m sure you’ll manage.

Let’s talk a bit about Ramadan. Ramadan 2020 will be from Thursday, 23 April until Saturday, 23 May. Personally speaking, I couldn’t recommend visiting Abu Dhabi during the holy month – at least not as a tourist.

Restaurants will be closed during the day time, eating or drinking in public is not allowed and alcohol will be hard to come by. You should also dress quite conservative. I mean, if you intend to spend a week on the beach, it’s probably nothing that will inconvenience you in any way, but as soon as you want to start sightseeing, things will get tricky.

Remember, it will be very hot already, and you will want to drink at least some water. Also, mosques might be closed to tourists, though all other tourist attractions will be open (some operating on a slightly different schedule, like the Louvre).

On the pro-side: It’s the cheapest time of the year to visit and you’ll have the most tourist attractions to yourself. And of course, the evenings in downtown Abu Dhabi will be extremely lively, so that’s actually something to look forward to.

Is Abu Dhabi safe from ISIS?

I am not even sure why, when, and where this question was first broached, but I have heard it quite a couple of times now. So, is Abu Dhabi safe from the Islamic State? Again, I want to be quite frank with you: The question it’s quite ridiculous.

ISIS is (or mostly was in fact) centered in Syria. That’s like 2,000 miles away and the only thing there is in common is the fact they both adhere to Sunni Islam. Other than that, the last thing the UAE wants is to become an ISIS-controlled khalifate. In fact, they are doing everything to prevent it (with quite more severe punishments than in the rest of the western world).

In fact, the UAE is a very active member of the Anti-IS coalition (Global Coalition Against Daesh).

So, this was my little guide to travel safety in Abu Dhabi. Hope I was able to answer all your questions. You still got questions? Then ask away in the comments below. 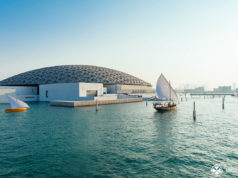 The Louvre Abu Dhabi – A Guide for Tourists 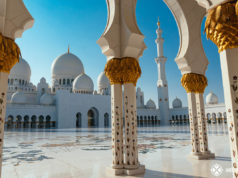 The 10 best things to do in Abu Dhabi, UAE