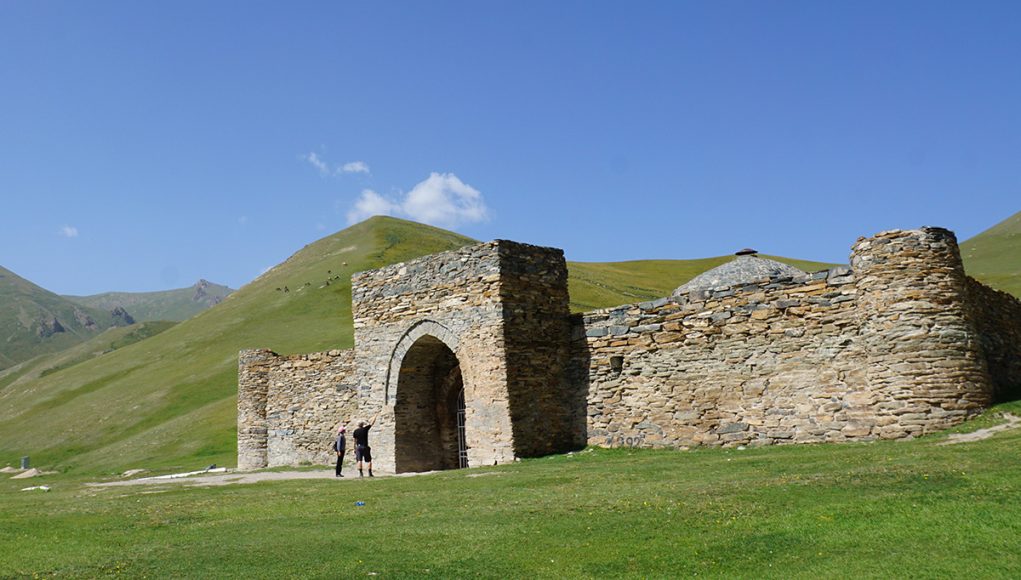 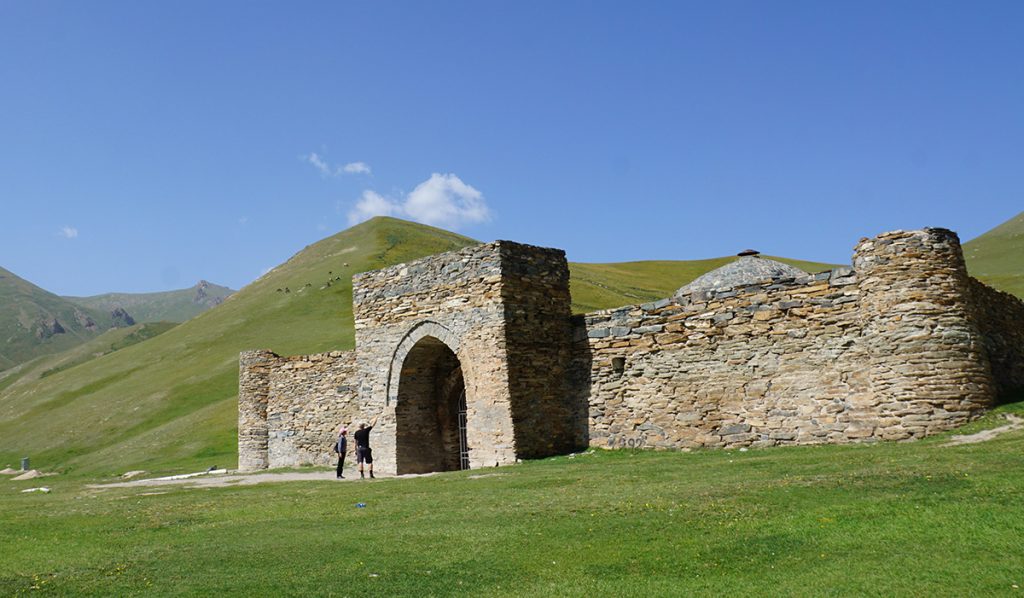 Tash Rabat. When I pronounce the name, it feels like it takes me back in time. To a time when a group of audacious merchants connected Asia with Europe. Spices, silks, and precious stones – all that and more were carried over thousands of kilometers along the famous Silk Road. Famous as it is, little remains after more than a thousand years of history and war. Tash Rabat is today, the single most intact caravanserai that survived the turmoil of the last thousand years. A precious gem that will grant you a unique glimpse into history. 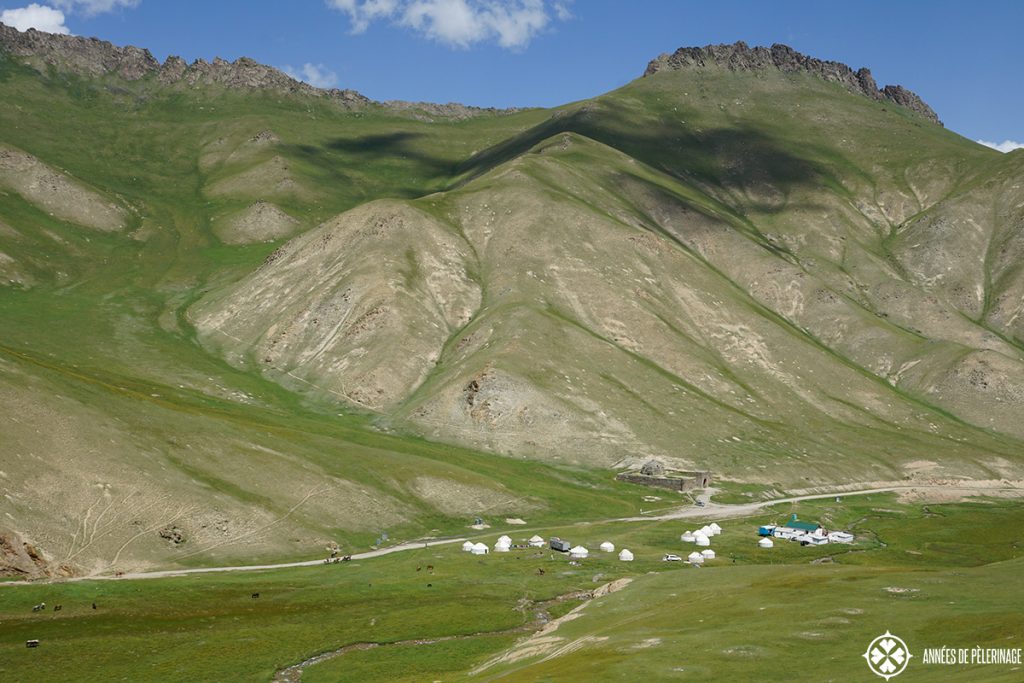 But Tash Rabat doesn’t only sound like the end of the world. It is indeed located in a remote valley in the far south of Kyrgyzstan in a district called At Bashy. Only a small dirt road, much like in the heydays of the Silk Road trade, leads to the caravanserai. In winding curves, it climbs to a staggering height of 3,200 meters of altitude. But the road does not stop there. Instead, it climbs even higher into the At Bashy mountain range and onwards into the very north of China via the Torugart pass with a height of 3752 meters. 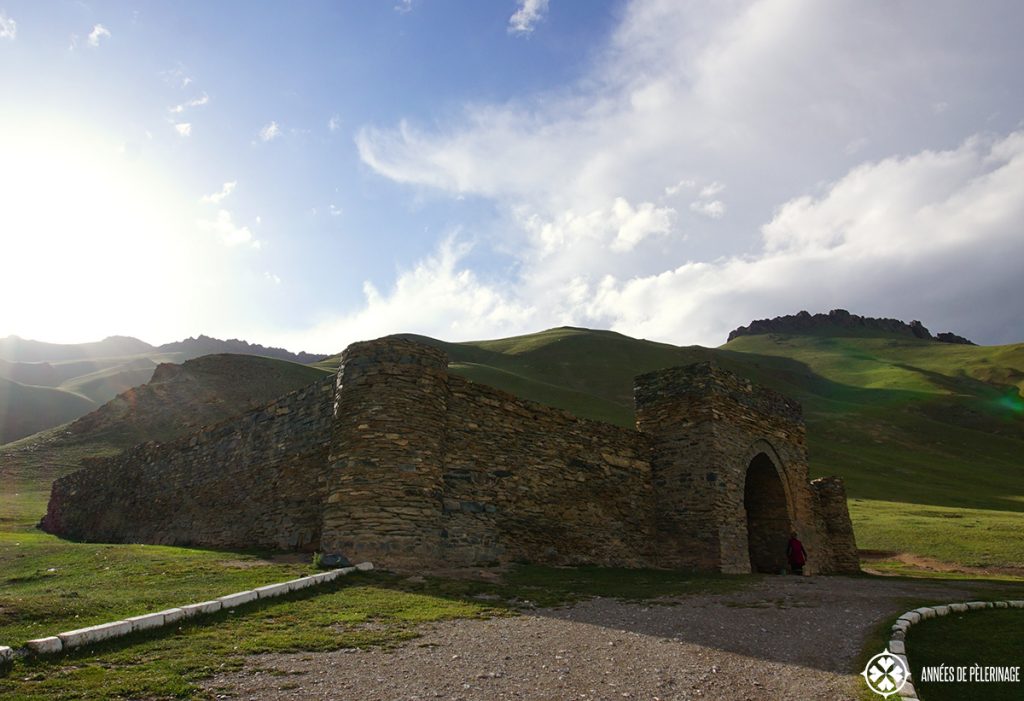 It was this strategic location that probably led to the foundation of Tash Rabat somewhen in the 9th or 10th century. There is, sadly, little to no historical evidence. The Russians restored the caravanserai in 1984. Some evidence suggests, that it has been originally been built as a Nestorian monastery. 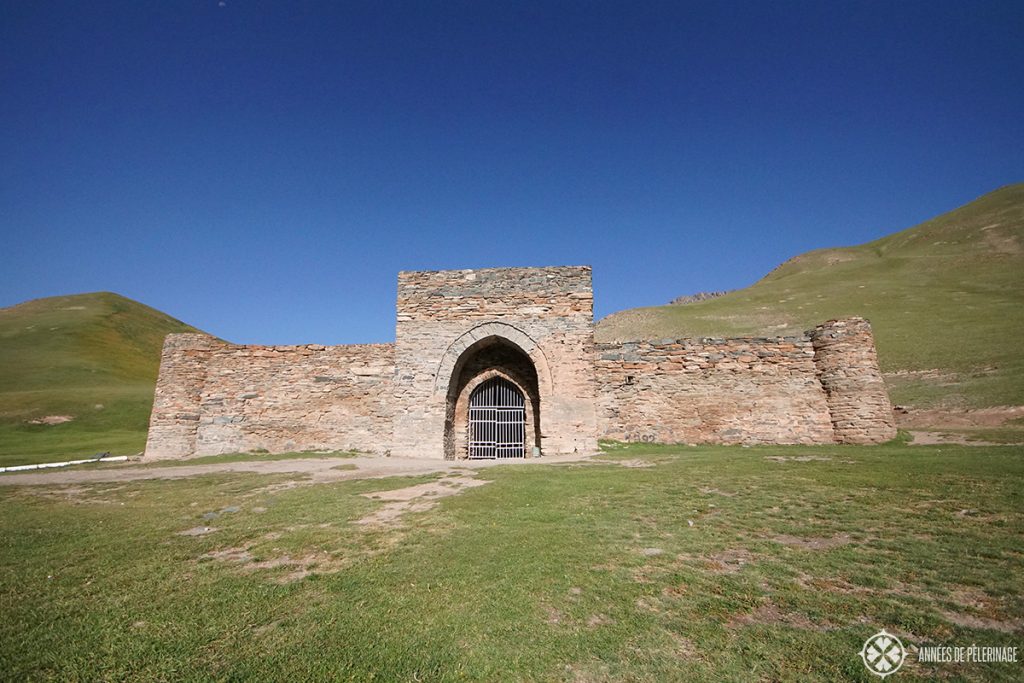 Its architectonic prototype is somewhat Islamic, not unlike the famous Madrasa in Samarkand or Bukhara (a little further down on the Silk Road in Uzbekistan; see pictures here). Thus some believe it could have been a monastery as well. Each of the 31 rooms would then, not have been places for weary travelers to rest and store their precious goods, but cells of monks or nuns. 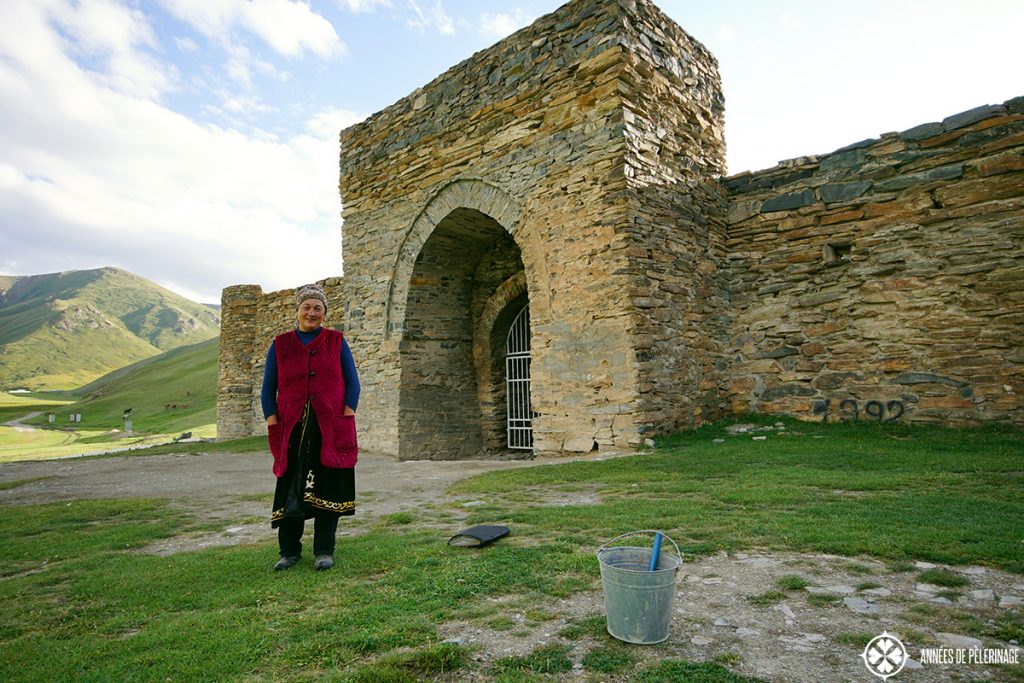 Tash Rabat is a museum these days. A single lady lives in a simple house and her few cows about 200 meters away. She cleans the caravanserai and also sells the tickets. Talking to her, she told me that only about 500 tourists come to visit this unique place per year. Once a month the government drops by to pick the meager earnings (only 100 Som for a single ticket and much less for a group). 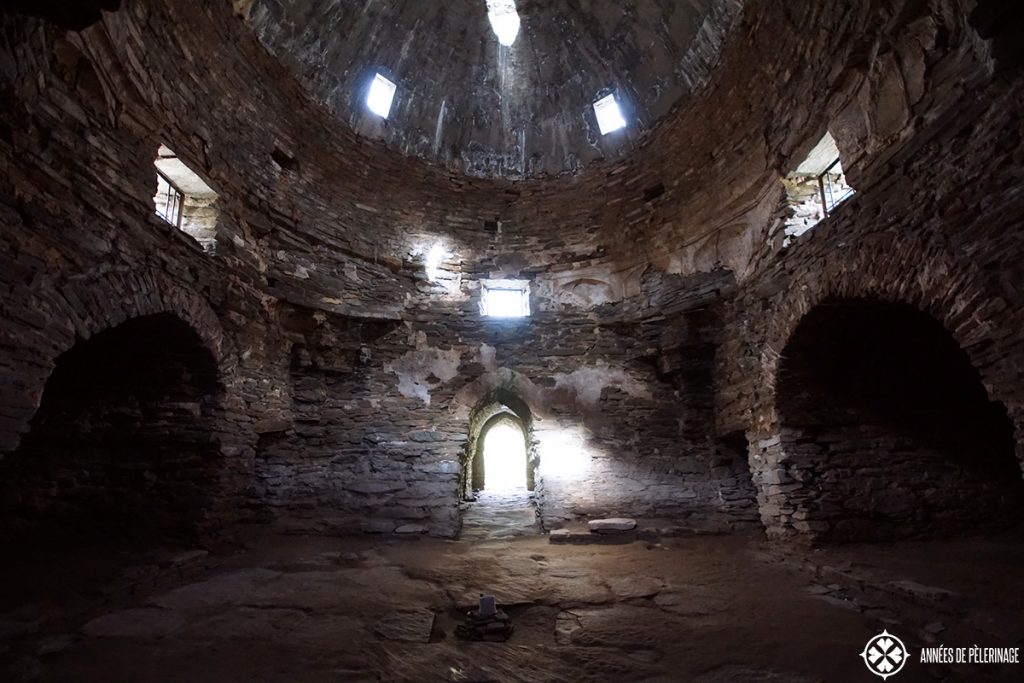 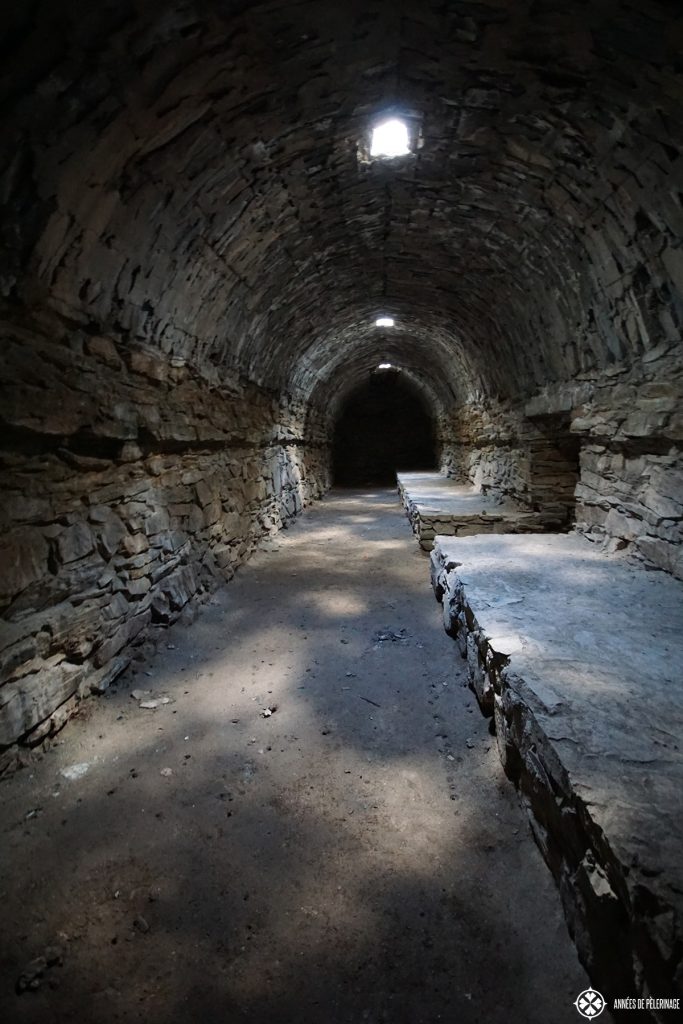 It was she who also told me that some believe that Tash Rabat was neither a caravanserai nor a monastery, but a sepulcher to a famous person or deed, much like a shrine or a holy site. Wandering through the dark chambers of the building, I find it hard to glean any hints from them. There is some graffiti, but the names and dates are quite evidently from a much younger age. It is basically unadorned stones held by simple clay and gypsum mortar. 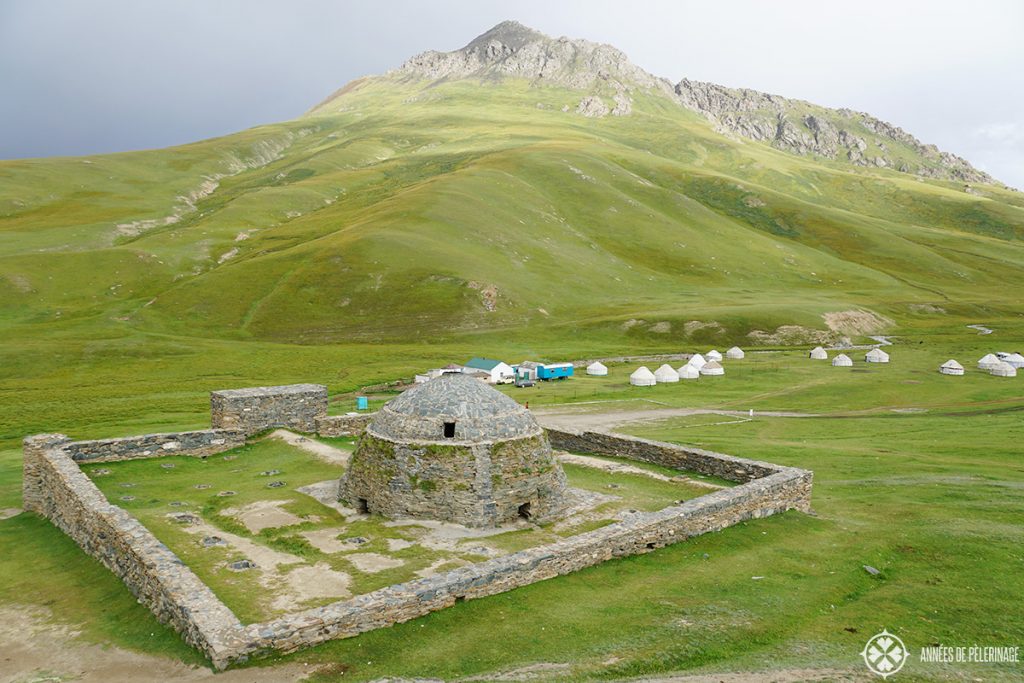 But as usual, I’d assume there hides a little truth in every story and myth. Maybe it started out as a monastery in the 9th century AD. After the silk road trade gained momentum, traders might have made use of the remote structure. The museum ward told me, after a bit of prodding, that shepherds used to lock their cattle inside Tash Rabat before the Russians restored it. 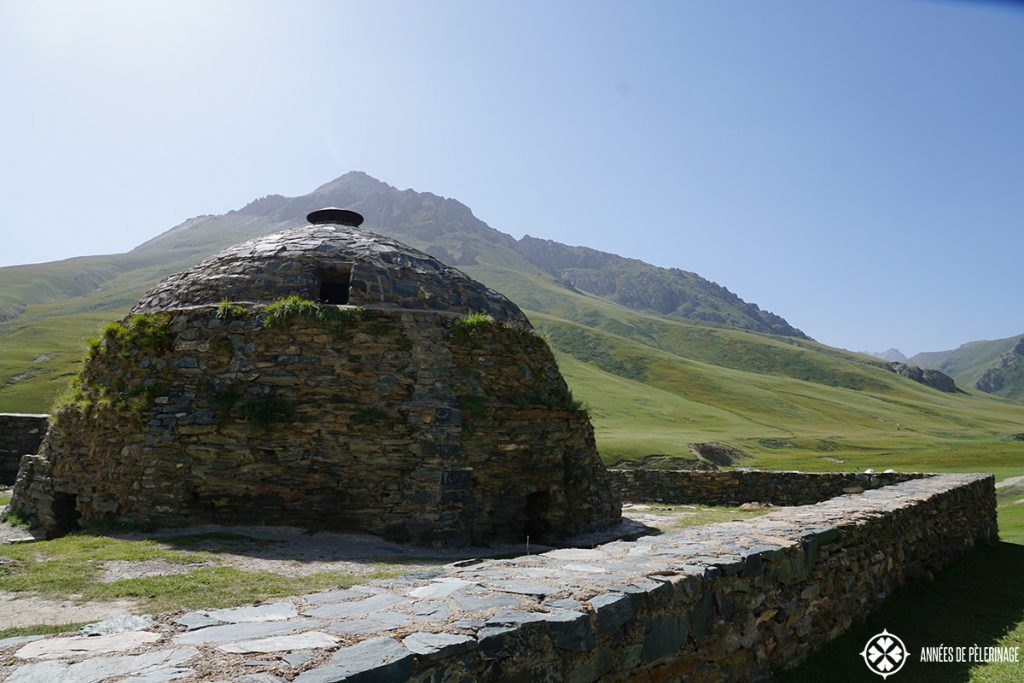 I am not quite convinced about the authenticity of the restoration. The top half of the building seems to be a later addition, as is almost each of the many small windows. That being said, I am not an archaeologist, and I guess I am in no position to judge the outcome. I can say, without a doubt, that Tash Rabat is very impressive.

How to get to Tash Rabat 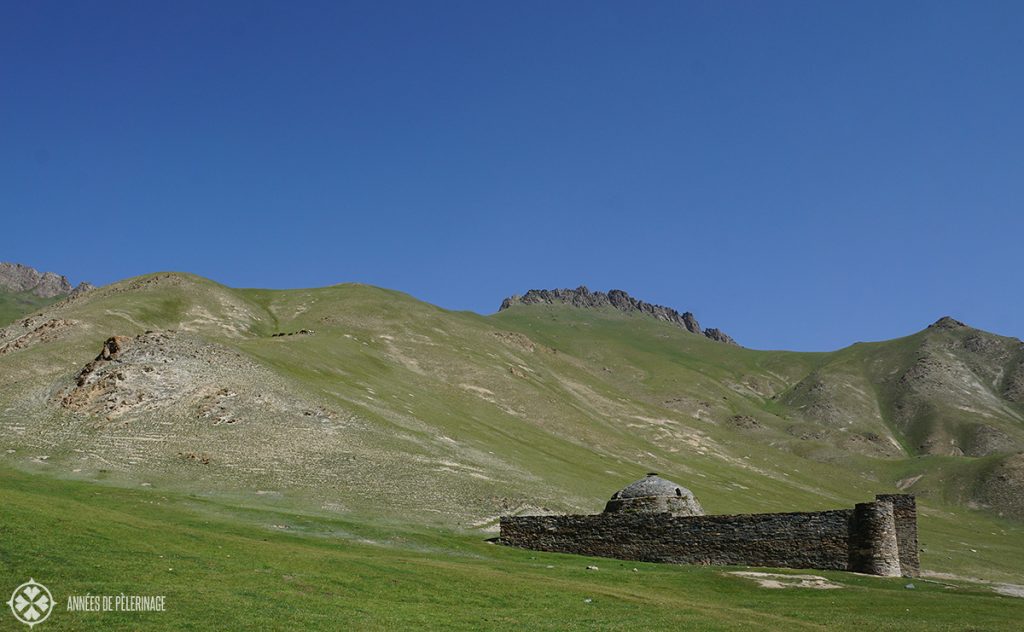 The easiest way to get to Tash Rabat is from Naryn, a small town located in the south of Kyrgyzstan. There are even a couple of tour companies offering day trips to Tash Rabat, but actually, a simple taxi will suffice. It will take you about 2 to 3 hours, depending on the current situation on the road and the quality of your car. Driving from Naryn you have to follow the A365 for about 90 kilometers until it branches off to the Targuart pass (there is a small road sign). Follow that pass until you reach Tash Rabat at an altitude of approximately 3,200 meters. 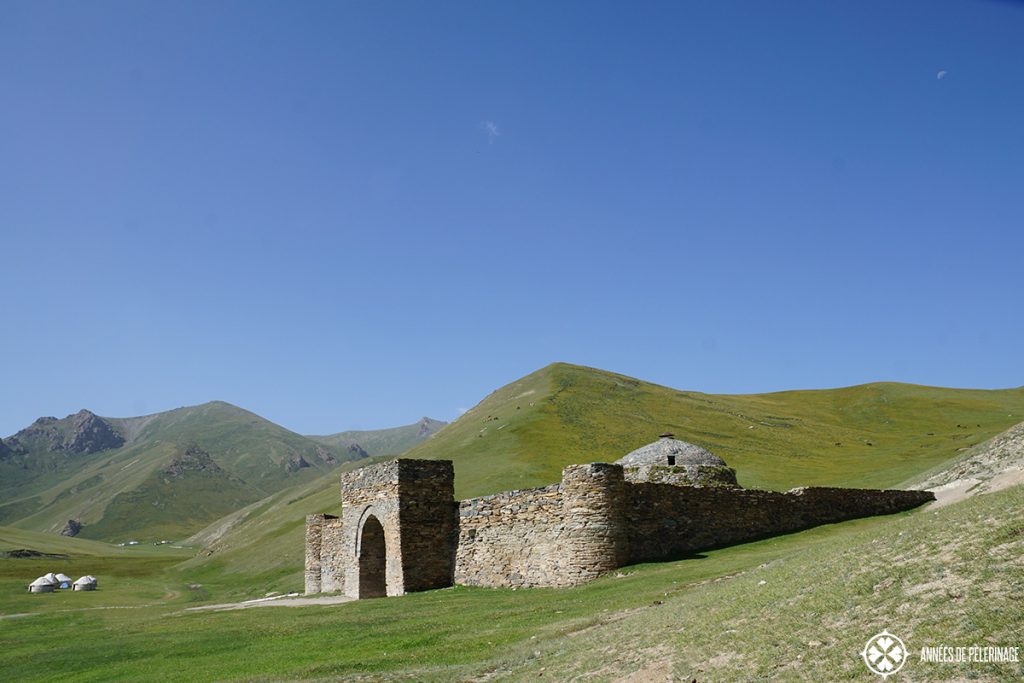 Also know, that there are three yurt camps very close to the ancient caravanserai. You really should consider staying for the night! The whole valley around Tash Rabat is one of the most beautiful ones in Kyrgyzstan. You won’t regret having some extra time to go hiking in the region. 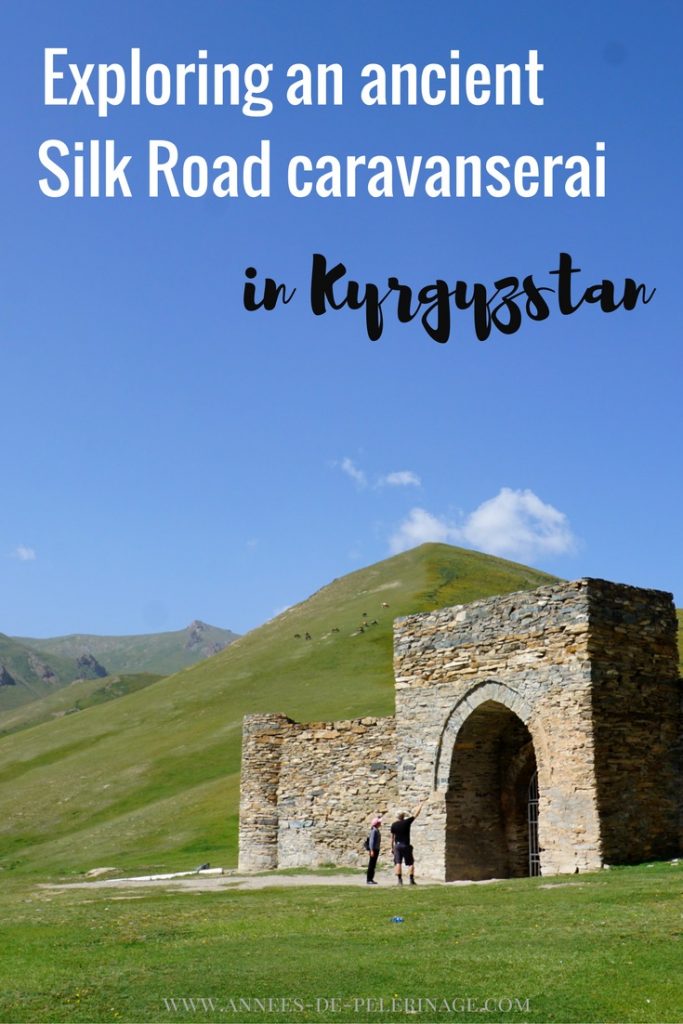 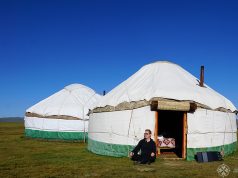 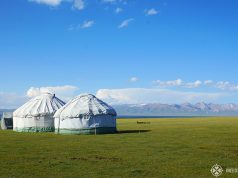 The 20 best things to do in Kyrgyzstan, Central Asia 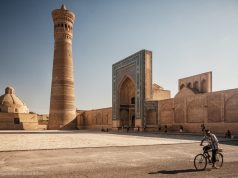 My road trip along the ancient Silk Road