Home Off-Topic Tokyo’s old name and why it changed 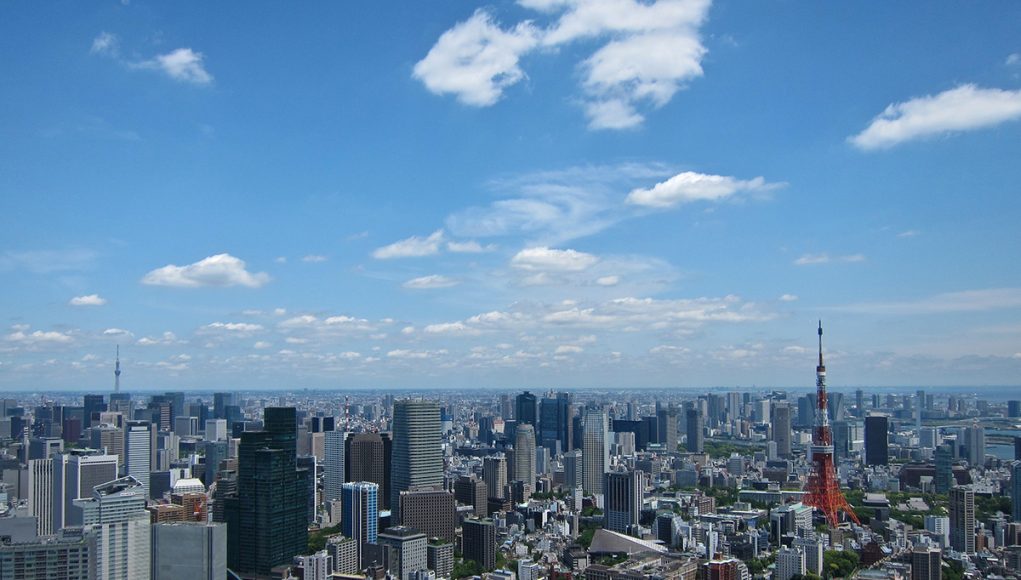 An analysis of Tokyo’s original name, and how & why it changed over time.

Did you know? Tokyo (東京) wasn’t always called Tokyo. The mega-metropolis of more than 13 million inhabitants once had an utterly different name: Tokyo’s old name is Edo (Japanese writing: 江戸). What only fewer people know: It started out as a tiny fishing village in the 12th century. This, together with its location gave it the name, as Edo means coastal waters or estuary in Japanese. The name was changed to Tokyo in the light of the Meiji Restauration of 1868. But let’s analyze the old Tokyo’s name a bit.

The first sign 江 (read as /e/) means bay, while the second, 戸 (read as /to/) means door or sliding door. So why isn’t Tokyo’s original name pronounced [e:to]? Well, there is quite a peculiar phenomenon in Japanese morphophonology called Rendaku that governs the voicing in compound words. Now I could do some very complicated explanation about obstruents and so-called Lyman’s law, but the most simple explanation might be: it’s just so much easier to pronounce (just try to say “Eto” very often and fast in a row and see what happens!).

Now I started out saying the old name of Tokyo was Edo, but to tell you the truth, that is wrong! Or rather, only half the truth. To be quite correct Tokyo’s old name is Yedo! (Note: If you are trying to solve a crossword puzzle, go for Edo as the often searched ‘old name for Tokyo’).

But why Yedo and not Edo? Language is ever changing and Japanese is no exclusion. In Late Middle Japanese, there was still a /ye/ (written with the now extinct characterゑ). It was not until the middle of the 18th century that the former difference between /e/ and /ye/ vanished in everyday speech and the /ye/ was dropped from the official syllabary (think of it how thou & ye became you). So, Yedo became Edo. The currency of Japan, Yen, is still a testament to this change, even though it is indeed pronounced [en] in Japan itself these days (causing much confusion for most tourists).

Normally I’d say this kind of differentiation is meaningless, but as Edo changed to Tokyo about at the time the final language change occurred, it really does matter.

So why did they change the Tokyo’s old name? 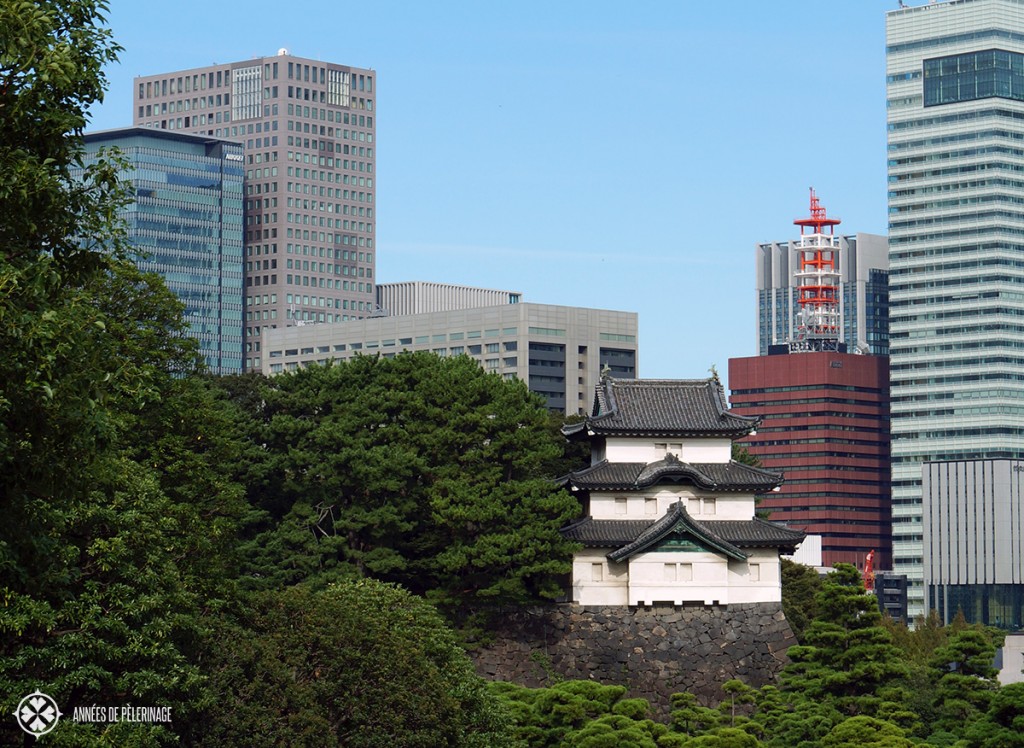 If you were expecting a dark secret, I have to disappoint you (though Japanese history can be quite dark). For more than a thousand years Kyoto was the seat of the Japanese emperors. It didn’t matter that Shoguns held the power elsewhere, tradition dictated that Kyoto was the capital, and the Japanese were ever careful to break with tradition. They preferred to improvise around these traditions – adding, rather than reforming. Thus the first Shogun Tokugawa Ieyasu made the fortified castle of Edo his base in 1590, leaving Kyoto and it’s court as it were. Ever since then Edo was the military and economic capital in all but name, basically condemning the imperial court to a life in obscurity.

We’ll skip almost 300 years of Japanese history here. The Shogunate came to end, as Western involvement pressured reforms for change. In this process, called Meiji Restoration, the Japanese Emperor (now again in the limelight) moved to Edo and Tokyo was born in 1869. Tokyo or properly transliterated Tōkyō (long vowels both!) means Capital to the East (東 /tō/ “east”, and 京 /kyō/ “capital”). It is a reference to Kyoto, which means capital city. With that change old Tokyo’s name became little more than a footnote.

It’s hard to pinpoint why the Meiji government changed the name. There were a lot of reasons working together and not just one. The late 19th century was a time of extreme upheaval. Commodore Perry’s second expedition brought the rule of the Shoguns and Japan’s policy of seclusion to an abrupt end. The early rule of the Meiji Emperor and the new government was anything but secure, as social unrest and rebellions rose in the wake of a widening inflation. The new name of the capital (which actually happened to be the very site of Japan’s surrender) certainly was meant to proclaim the starting of a new era.

Also, you have to know, that renaming things is actually quite a Japanese thing. Kyoto, for example, was once known as Heian-Kyo (Capital of Tranquility and Peace). Each Emperor chooses a slogan for his regency and another posthumous name, as well. For example, the current emperor of Japan is called Tennō Heika, but (long may he live) will be called Heisei Tennō after his death.

Renaming is, if you examine it closely, not an alien concept for the Japanese. It’s just us Europeans that find it weird. But then again, a lot of cities changed their name during the Soviet times as well. The change from Edo to Tokyo might be best understood if you think of Leningrad and St. Peterburg. It’s pretty much the same thing.

After World War II few traces of that old Tokyo and its history remains. If you plan ahead and visit the imperial palace in Tokyo, you will get the chance to see some remains of Edo Castle. It sadly burned down in 1873, but parts of the foundation survived (especially the gigantic moat). 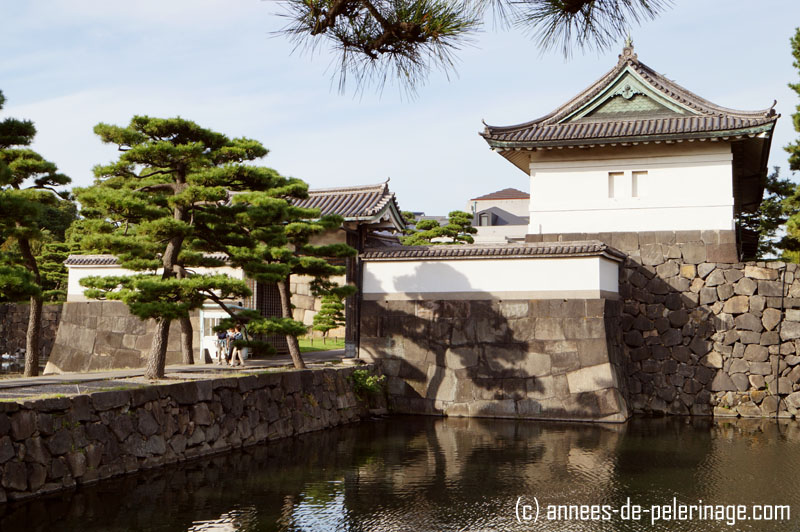