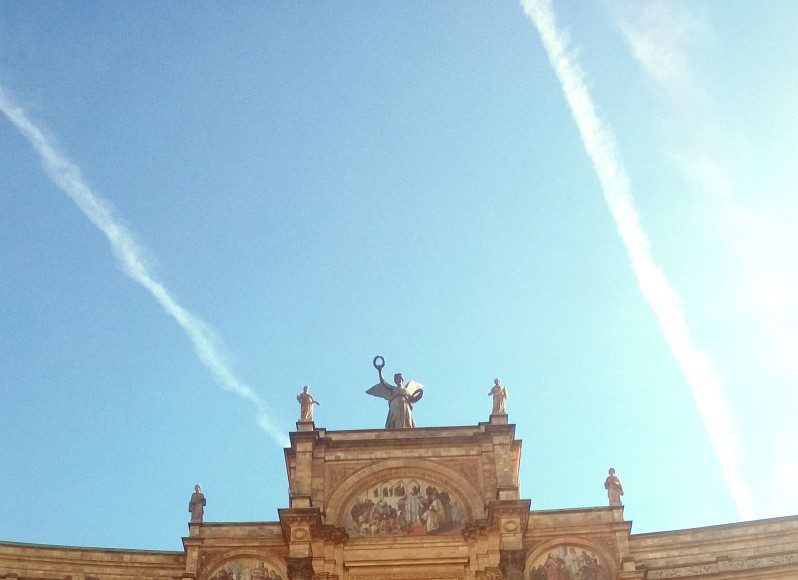 Exploring my neighborhood on the first warm day in spring. 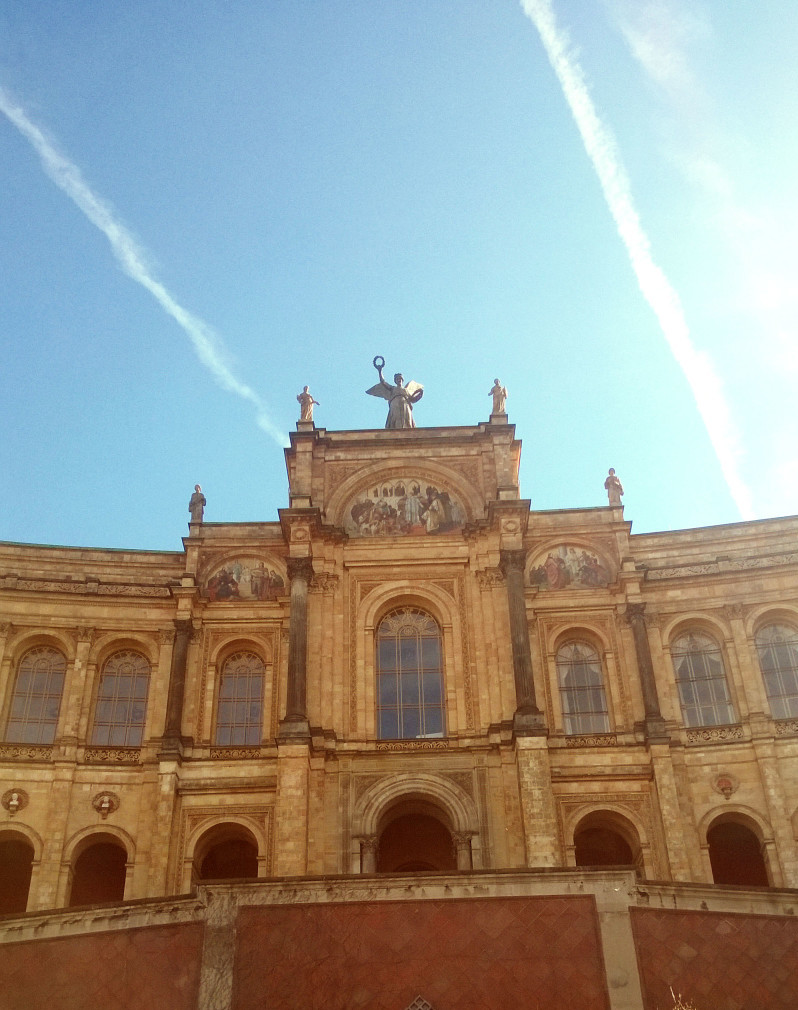 Today, I declare, is the beginning of spring. I don’t care that my calendar will advise me it’s still winter. I blame it on the magnificent weather outside that clearly tried to convince me to leave gloves, hat, and scarf at home! I also blame myself for storing my sunglasses in the least likely place to find them again. But the packing story has to wait for another day, I’ll rather take you on a walk!

I’m not sure how you guys feel about it, but so often I fail to realize how beautiful my hometown actually is. Isn’t that peculiar? In 2015 I had a mere three weekends all to myself? You know, not traveling, not visiting relatives and not working. Always on the move, constantly looking for the next new thing, all the while forgetting that each year millions of tourists come to see Munich. So today I decided to take some pictures on my walk through my neighborhood and share them with you (also check out my guide on Munich’s famous food market). 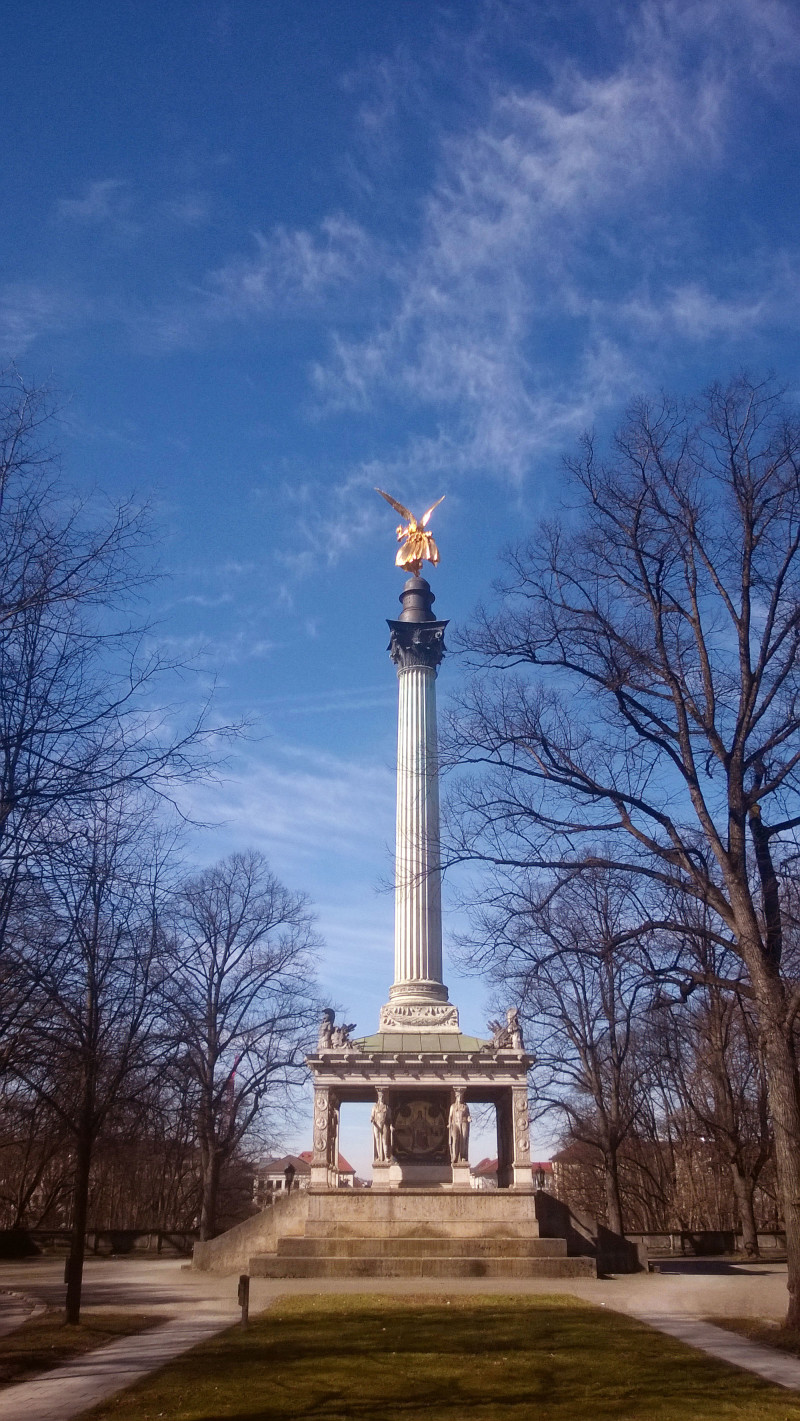 Built 1899 to commemorate 25 years of peace after the Franco-Prussian War, it marks the center of the kilometer long street called “Prinzregentenstraße” (that’s where I live, yay!) 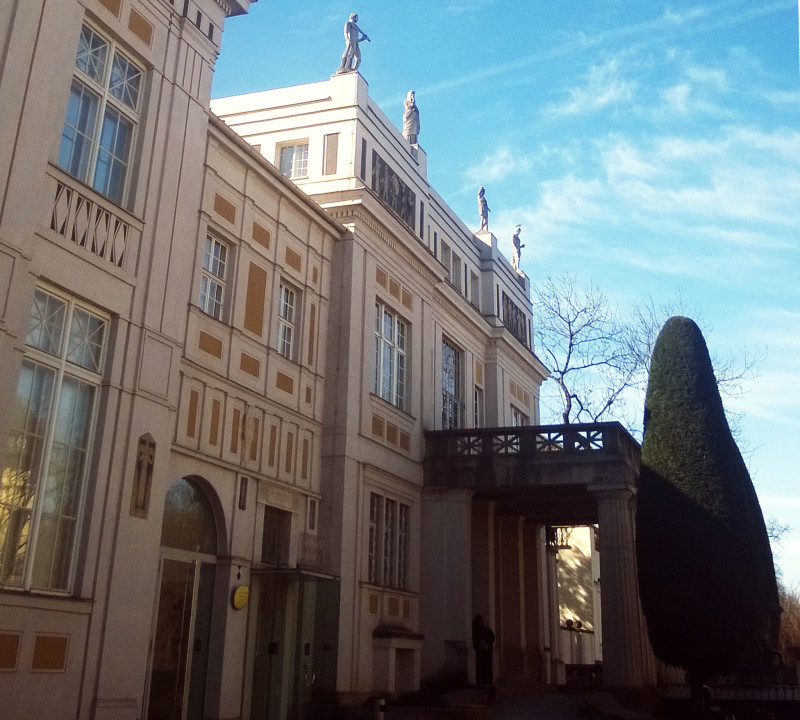 A Museum for contemporary art that once was the atelier of the famous Munich painter Franz von Stuck. You can see some of his old rooms with marvelous interiors from back then inside.
If you want to see more Art Nouveau houses in Munich, I compiled a wonderful walking tour. Check out the images here! 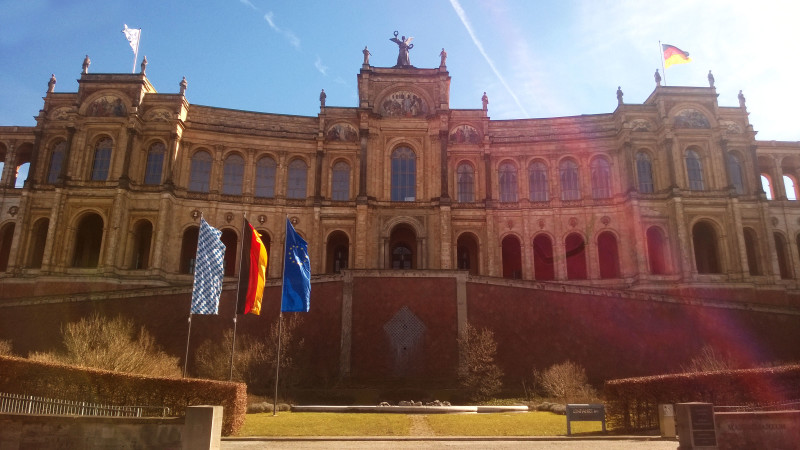 Named after King Max II, the building is home to Bavarian Parliament. You can’t get inside without an appointment, though. I featured the Maximilianeum in my little guide on how to spend one day in Munich, so make sure to check this out as well. 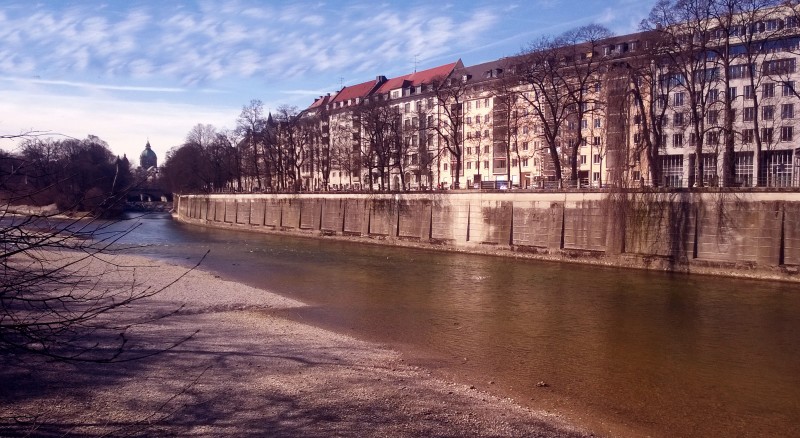 The Isar is the biggest river crossing straight through Munich and very popular among us locals. In summer, when things look a little bit more cheerful, people will come here after work for barbecues on the banks. Friends of mine live in Hamburg, and they say it really reminds them a lot their hometown. Sounds intriguing? Here’s an excellent guide on the best things to do in Hamburg for your convenience. 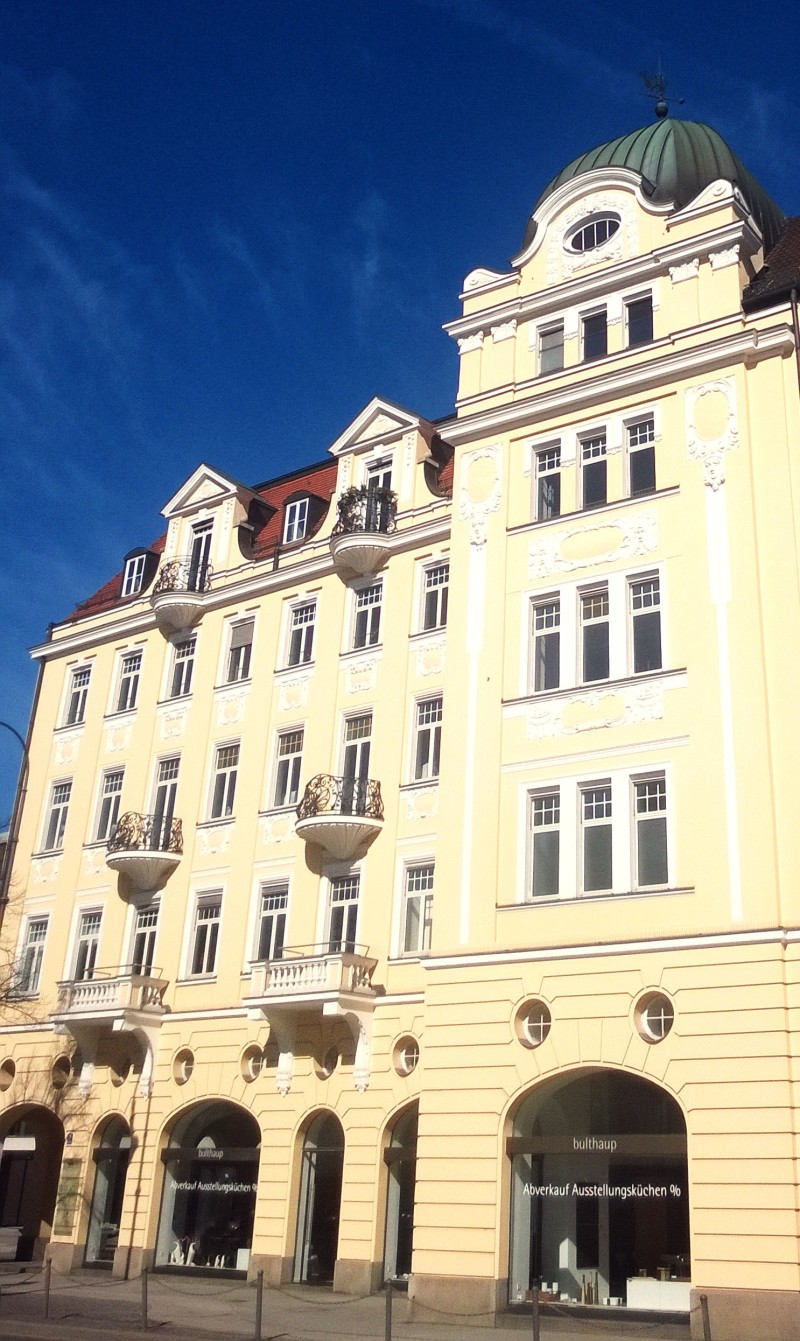 This picture was taken just around the block. Many houses in the center of the city look like that. A wee bit kitschy, reminiscent of the vibrant times of the early 19th century, when Munich was Germany’s capital of culture. 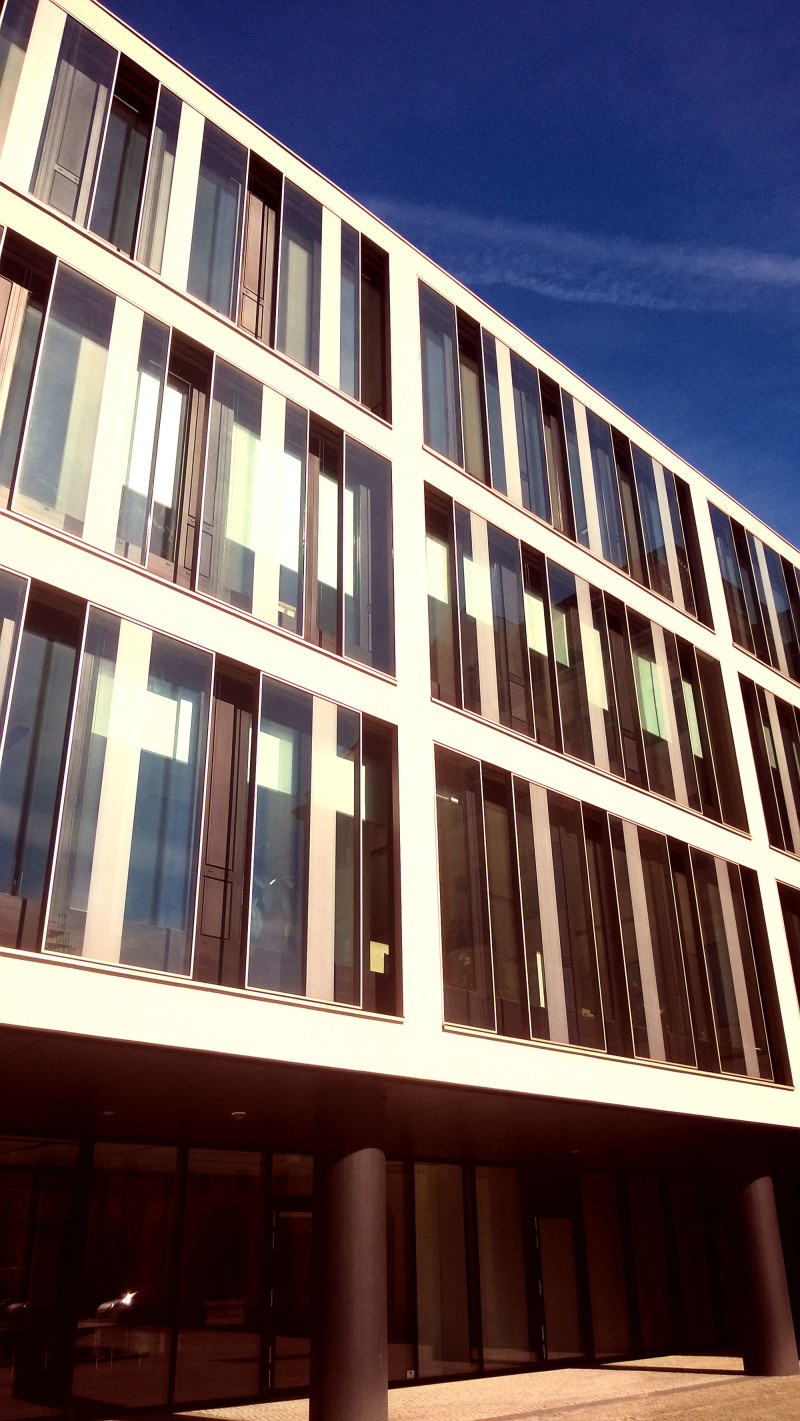 Munich got severely damaged during World War II. These days you will find a lot of modern architecture in a city. A city that, if you believe the tourist guides, proud itself on old customs, lederhosen, and the Oktoberfest. Many local people hate the modern architecture. I, on the other hand, have come to appreciate it. A city has to live and breath after all, lest it becomes a tomb for old ideas and backward looking people.

Ending my stroll through Munich

Okay – I’ll admit that was quite a short stroll through Munich. A friend of mine will pick me up and we’ll hit one of Munich’s famous beer gardens. I’ll promise I’ll be back for more., though. Munich is one of my favorite cities in the world (which is why I am living here, duh! :P).  I’m quite positive I can share plenty of insider tips you won’t find in any popular tourists guide. Next time I even promise to take along my camera (and not just my mobile) and take some proper pictures!! Oh, and last thought: Why don’t you share intimate stories of your hometown with me! 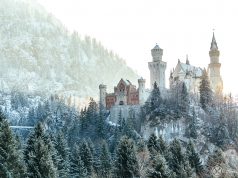 Munich to Neuschwanstein Castle: How to get there by bus, train and the best tours