Home Off-Topic Coronavirus: We are all in this together. So act like it. 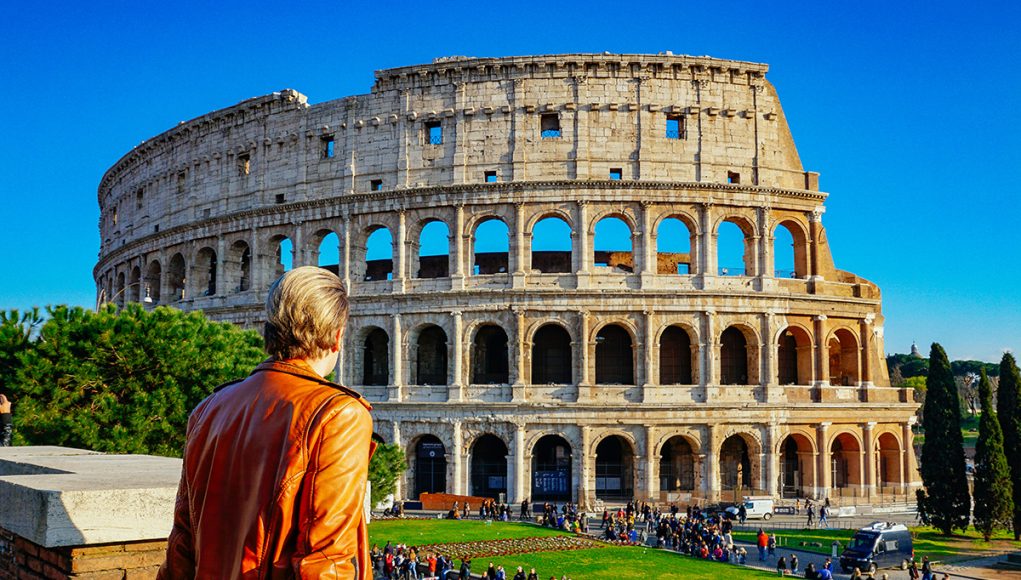 It’s hard to escape the coronavirus these days. Everyone is watching the news, reading the papers, and following along in real-time on social media. Panic is the word.

But am I the only one who is noticing increasing aggression? Apparently everyone who watched a panel with a couple of dubious guests is an expert these days. And it seems harsh arguments are on the rise. Dire situations always bring out the worst in us, I guess.

“Shut it all down! Think of the elderly.”

“Why are the politicians not doing anything?”

“The entertainment and hospitality need your support now!”

“I don’t plan to cancel my trips or stop planning. Think of the economy.”

“I have the xyz disease. Why is everyone so selfish and still goes out?!”

“Politician xyz is such a let-down. We need strong leaders now, not this!”

I could go on and on. Twitter is currently full of tweets with a gazillion retweets and likes sharing a wide range of opinions. I’ve even seen quite a couple of petitions.

Here’s the thing: A lot of them are right in their own way. And I want you to be aware that this is the time to come together and not hate each other for different views. Instead, and in the spirit of travel, maybe use the time to plan the trip of a lifetime?

Because it affects all of us. And the way it appears now, coronavirus is not going away any time soon.

And this is the most important thing people have to realize in these hours. As everyone is affected everyone will have their unique view on things.

A lot of people are worried about their health right now. Especially the elderly. And if I was over 60, I would probably be worried as well. This virus kills. Some of them are literally fearing for their very lives and for them, no measure could be too strict.

This crisis is not just about preventing infections

On the other side, there are people like me. With the current travel bans, my whole business (i.e. this blog) came to a stand-still. As all opera houses are closed right now as well, working more on the opera reviews I write isn’t an option either.

Now, you might say: Well, Norman, you’ll live through it, but people are literally dying out there right now!

But I’m not sure if my business will survive this crisis.

So, of course people are worried about that. And I’m far from the only one who thinks like that.

Will the government pay? They promise. But will they be able to keep it? Maybe. We’ll see. But there will be millions of people asking for support very soon. And never forget that there is a clear correlation between your life expectancy and your wealth. So, a recession means a lot of suffering and death as well. And people are right to worry about it!

A lot of businesses are already facing bankruptcy and it hasn’t even started yet. Countries like Italy, France, and Germany are promising big chunks of money to rescue business “no matter what it takes”, but some governments actually don’t even have that money (so, they’ll “pay” through inflation and devaluation of the assets of the population).

Ironically, I see a lot of people shouting for harsh quarantines and politicians to “finally do something” now, complaining about the dramatic consequences of their requests in a year just as loudly.

And then there is the fact that finding a cure for coronavirus and a proper vaccine might take 6 months – if we are fast.

What do you think will happen if we’ll quarantine ourselves for 3 or 6 months? What will happen to all these artists, free-lancers, hotel owners, airlines, and their employees? It’s going to be beyond devastating.

Right now, doctors say they need to prevent hospitals from being overburdened. They don’t want to face the decision which patient they want to rescue and who should die.

But the situation probably won’t change very quickly. We simply do not have the infrastructure to increase intensive care beds in a couple of days. Neither will there be a cure or a vaccine around Easter.

And the current quarantines make it even harder to meet those goals. Here in Germany, schools and kindergartens were closed. This means more than a million adults suddenly have to care for minors at home – among them nurses, doctors, virologists, and other people needed to fight this crisis. People who can’t just work from home.

Interestingly enough, quarantines may actually not be the best solution at all. Social distancing seems to be a better solution.

What scares me the most is that in four weeks, somebody might have to decide who will live and who will die.

When tourists stop coming, the $8.3 trillion (!!!) travel industry will fail. Lufthansa, one of the biggest carriers in the world, already looks like in the need for state aid. With more to come, especially as the whole industry is still recovering from the Thomas Cook bankruptcy.

A lot of airlines, hotels, cruise lines are offering flexible booking dates and very generous refund policies. I’ve even seen customers complaining about not getting one. They seem to forget that aviation is an extraordinarily competitive business. While these companies may be big, their resources are very finite. They will soon be in a position where they simply cannot refund.

The industry is currently showing extreme goodwill out of desperation, not because they can afford it. Flexible booking dates will only inject some short-term liquidity into the market. But if this continues for more than 2 months, the industry will have sold its future capacity below maintenance cost while simultaneously stifling the potential cash-flow because they need to serve the customers who had their trips canceled now first.

Please be aware, that the failure will be most extreme in developing countries who rely heavily on the hard currency foreigners bring to their country. For a lot of them, not having a job literally means facing an existential crisis or even starvation. A lot of them might even scramble to take microcredits, and thus might unwillingly aggravate the situation. And those who already have a loan, won’t be able to pay them back. Sounds like no big deal? Then take a look at the atrocious suicide rate.

Also, remember that the rich are less affected. And I’m not talking about doing your average billionaire’s quarantine on a yacht. If you are not a software developer in the silicon valley, but a waitress at the local diner, you can’t work from home! So, this means either a higher chance to be infected or you’ll lose income if there are lay-offs or you decide to stay at home.

On my last trip to Egypt, I saw quite a lot of street urchins and very desperate souvenir sellers. I’ve had a kid begrudging me the apple I gave a half-starving horse because he “could have eaten that himself!”. But that was when tourists were still coming. It was “only” a drop of maybe 50% after the Egyptian revolution. Not a full stop. Still, you could see the consequences.

People will start dying very soon – one way or another.

Thousands of refugees are currently trying to flee from Syria. But with half of Europe (with neighboring Jordan and Isreal in the lead) preparing a complete shut-down, the survival chances of these people suddenly dropped dramatically. It was all over the news in Europe just 3 weeks ago. Today, nobody is even mentioning them anymore.

Refugees and so many other people around the globe could be facing a very real death for every person shouting for drastic quarantine measures. I am not saying these quarantines and closed-borders are the wrong short-term decision. I’m not the expert here.

I’m saying that somebody will have to make some horrible decisions very soon.

It’s definitely smart to ask virologists these days. But it’s equally important to ask the economy, the hospitality industry, the developing world, freelancers, NGOs, and so on. They all need to sit at the same table and try to find the best solution, even though it will mean sacrifices for EVERYONE.

A lot of people talk like we are still at the point where we can prevent further deaths. They only think of the roughly 1% (no hard numbers yet) who’ll die after they’ve been infected. But, realistically speaking, we are already at the point where we have to decide who is going to suffer. You? Or me?

Which brings me back to my introduction. Everyone around the world is affected – no matter if you are ill you or there haven’t even been any cases in your state yet. You will feel the consequences.

I know the situation is difficult. But toilett paper hoarding like braindead zombies won’t solve it. So much seems certain. And spreading your single point of view (no matter which side that is) left, right, and front won’t help either. Everyone has their point. We are all in this together.

Because this situation is so incredibly difficult, it’s not just about shutting down public life. There is probably not going to be a simple solution no matter how much you wish there is. So, don’t fall for anyone preaching differently.

Instead, try to be a little bit more understanding. And maybe resist the urge to share your opinion for a while or, worse, insult others because they are in a different boat than you. Their fears are just as real to them as yours.

Above all, dear keyboard warriors, remember that politicians, nurses, doctors, and a whole host of other people are currently facing the most difficult situation in their careers. They don’t need your clamoring voices to distract them. They are the experts, let them decide. And if they take a little extra time, then that too probably has a reason, eh? This is about fighting against a pandemic and not keeping you updated on the current death toll every 5 seconds

If we all stick together, I’m sure we’ll come through this as well. Humanity has survived worse. This is not the end of the world, but it seems some people are doing their best to turn this situation into hell.