Home Off-Topic Intolerance, racism and bad behavior – musings on the dark side of... 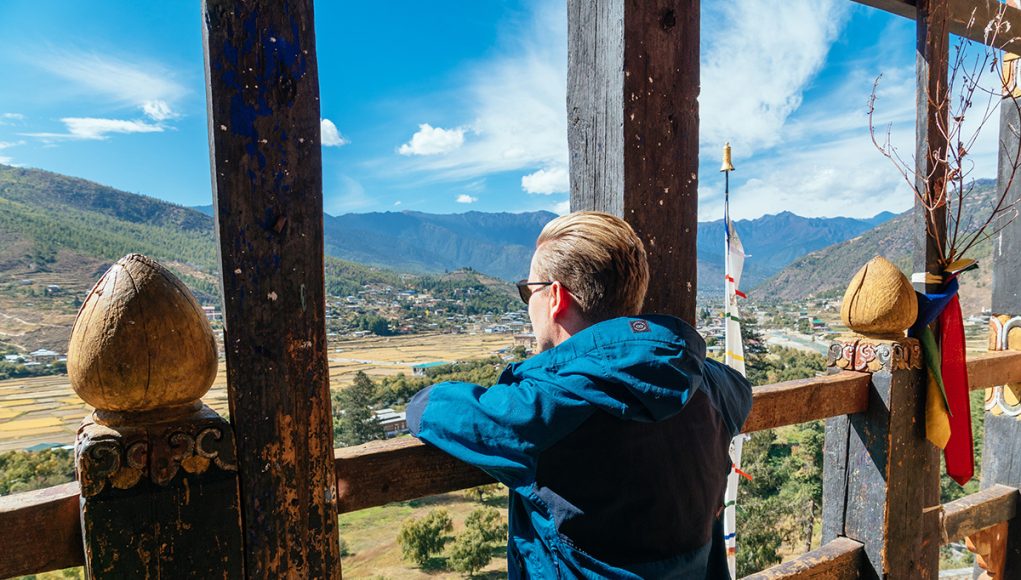 Traveling is more than a hobby for me. It is my job. But more importantly, it is my passion. I travel to learn about new cultures, to be amazed by beautiful landscapes, hear the sounds of foreign languages, and be pampered in wonderful resorts. But way too often I also get to experience intolerance, racism, and downright bad behavior.

On my recent flight from Bhutan to Munich via Abu Dhabi I experienced an unprecedented (at least for me) amount of it. Mind you, I know that I am a privileged rich white guy with blond hair and blue eyes who normally doesn’t experience much of it directly. Luckily (or sadly if you think about it a little longer) I am only the witness of such behavior. As an observant, I still wanted to add my voice to call out those, who should know differently.

Maybe I saw and heard so much crap, for that is what it was, because I lost consciousness on that flight and was very sensitive to my surroundings. Or maybe tranquil and quiet Bhutan transformed me. Or it was because the trip was so long. But even taking separately, things like what I experienced should never happen. Here is my report:

1. Not all managers are male, you idiot

In the duty-free area of Abu Dhabi, a guy was interested in a beautiful diamond and ruby demi-parure. He told the saleswomen, however, that it was too expensive. The lady reminded him kindly that there are no discounts to be had here. The guy replied that the last time he was here he got one. After a little back and forth, he demanded to see the manager to which the women replied that the no-discount rule was a direct briefing from the management and he would get the same response.

The guy more or less ignored her still extraordinarily friendly reply and shouted out to the sole man among the sales personal (there were 3 other women) saying he wanted to speak with him. Standing almost directly next to him, I still couldn’t suppress a chuckle when the man didn’t turn out to be the manager.

Here’s the deal: By assuming all managers are male you are a chauvinistic asshole. Period. Also, by demanding to see the manager, you are basically telling her her job is superfluous. But more to the point: She probably does want to make that sale, and if she thought that calling for help would increase the chances, she probably would have told you she had to ask her manager first. So, you are being an idiot twice over.

2. Don’t be a racist subhuman

While standing in the queue for the business-class security check in Abu Dhabi, two black women lined up behind me. Only seconds later I overheard a guy saying [translated]. “Since when can blacks afford business class?” to which the guy next to him replied, “Probably couldn’t read the signs”.

I sort of intervened, but then the two guys were already at the immigration counter. Still, it pisses me off like nothing else when people openly judge other people based on their skin color. It remains a sad fact that those women probably had to work twice as hard to get in that line. So, show some respect, thanks!

Also, don’t ever make the mistake nobody can understand your language, even if everyone around you is apparently a foreigner.

3. Show some respect for mothers and the future generation

On the outward flight from Abu Dhabi to Dehli, the stewardess changed the seats of two couples prior to departure, because one couple was traveling with a baby and only the front row of each compartment allowed for a special cradle. It only took seconds until I overheard a guy saying: “Gosh! I didn’t book business class to have a screaming infant in front of me“.

The truly ironic part: The cute little boy didn’t even cry once during the whole flight, but I did wake up once because of the offender bumping into me. So, who’s the culprit here?

That being said, babies and little children can be extremely annoying on flights. There, I said it. But ask any mother how she feels before flying, and I’m sure most of them are quite stressed out – much more than the guy in the row behind. The thing is: Our society is pretty much worthless without a future generation, and if you can’t bear 8 hours on a plane with an occasional cry or two, then all humanity is lost.

It’s probably not how you imagined it to be. I willingly admit I could do without the extra noise myself. But when there is a baby, there is a baby. And when the baby needs to cry, it cries – it knows no other way and that is perfectly okay! The least the mother needs is more pressure or judging looks from people around her – she already is in a stressful situation without your stupid comments.

4. You can buy privilege, but you can’t buy decency

In the lounge of the Paro Airport in Bhutan, a lady complained at the reception that it just took over 45 minutes to get through security despite having booked business class. She outdid herself when pointing out to the poor attendant that she and her partner now couldn’t can’t even sit together because the lounge was so crowded by now. Naturally, when the assistant asked for her flight ticket and her passport that idea alone was preposterous and she was ready to cry havoc.

For reference dear lady, Bhutan still counts as a least-developed country and the airport in Paro (the only international airport in the country) sees 5 planes a day if that. The alure of the beautiful Inner Asian country is precisely the fact that it still retains most of its original culture and architecture. By demanding first-world privileges you are essentially giving a damn about their current situation.

Mind you, the people in Bhutan are not precisely poor or unhappy. Their material standard is just way below our western one. Also, it really did sound an awful lot like if she came through security earlier, other people would have been the ones to stand which would have been totally okay for here. Not even sure how to comment on that, lol.

You probably know that business- and first-class passengers get to board the aircraft first. So, while walking through the gate and standing in the admittedly small priority boarding queue in Abu Dhabi, a woman approached the counter demanding “can you start boarding the plane for all passengers already. We have a connecting flight in Munich and I don’t want to miss my flight because you are tardy. You have been standing idly around the past half hour”.

I was utterly taken aback by this statement. According to the ticket, boarding WAS 5 minutes late, but if you know middle-eastern carriers, you will also know the given boarding time is almost always close to one hour before departure. It also happened to be my connecting flight after I lost consciousness (which is just one of the reasons a flight might be late for boarding).

But more to the point, the people working the gate don’t let you waiting because it’s their favorite pastime. They wait because there is an issue with boarding earlier and there is no clearance from the pilot/airport yet. Most importantly, in most of cases, they are in no position to speed it up. So your vile comment only exposed yourself and your filthy mouth.

Sometimes you miss flights. And I wish we lived in a world without traffic jams and nobody ever being late. In most cases, when public transport is late, there is an important reason, and your single connecting flight is probably not at the very top of the priorities. In fact, chances are high you are only adding stress to an already stressful situation and therefore reducing your chances for success.

Have you been to a lounge in a small airport around rush-hour yet? Then you should know that finding a free spot can be hard, especially when you are traveling in a group. So, in the aforementioned busy lounge in Bhutan, I asked an older guy if the seat next to him was taken. To which he replied a lot of intelligible shit to the effect that it was.

Listen, travel can be stressful and stress often brings out the worst in us. But that is never an excuse. Unwillingly, I might have behaved wrongly in the past myself. That’s why I believe you need someone to tell you differently. Sometimes we are so entrenched in our beliefs, it’s hard to see the other side, and as long as we are willing to change, mistakes are okayish.

Also, note that I removed all hints of origin from this little blog post, as I feel the offense stands for itself regardless of the background of the offender and categorizing them just reinforces common prejudices we should be done with. I didn’t remove the gender, as it makes things cumbersome to read, even though I feel it would have been better.

I also could have added quite a lot of other stories from other trips. Fat-shaming seems to be a favorite pastime on planes these days. But some of these topics are really difficult (I just had to book a special weight allowance for a short trip within Botswana for a friend).

I don’t shy away from these issues. But I feel some of these topics deserve a much more detailed approach. Also, I mainly wanted to document this very fresh flight while it was still present and on my mind. I really wanted to get this off my heart right away.

To me, travel is a privilege. As a kid of the 1980ies, I belong to the first generation in human history who got to enjoy free travel. For us, almost the whole planet stood open and ready to be explored from day one – given the means.

But that freedom was and still is dearly-won – through wars and tough negotiations. It can only persist if we show tolerance towards each other.

But despite all the differences, you have to be tolerant. You have to accept other cultures the way they are, and you have to accept all kinds of differences for what they are. The only thing you can, no must, always call out is intolerance. For if you allow intolerance once, there is no coming back to tolerance. Without it, however, safe travel is impossible. And if you are a travel addict like me that is no scenario I even want to think about.

So, that was my little liberating rant. Have you ever been in a situation like the ones above or experienced one? Share your thoughts below! I’d be more than interested in hearing your stories.