20 amazing American landmarks you have to see before you die

In recent years I have focused exclusively on other continents. Peru, Japan, and Africa are all beautiful, but it really made me realize just how little I have seen of the US. When I was a little kid we traveled around North America a lot, but we were mainly visiting relatives and not so much seeing the amazing landmarks in the United States. As my 40th birthday is quickly approaching, I really felt of setting me some goals and decided to compile my personal all American bucket list.

Because of the sheer size of this list, I (sadly) won’t be able to see it all in one big road trip – except I win the lottery, that is. And what makes things worse: By dad gave me two books that instilled by wanderlust even further (in fact to the point where it gets unbearable. Which was probably his intention *lol*). If you can stand the utter beauty, I do recommend you to get  National Geographic Secrets of the National Parks: Beyond the Tourist Trail.

The other book he gave me (and  I can recommend it from heart) is Dayton Duncans illustrated book The National Parks: America’s Best Idea. About half the sights on this list actually came from that gem. Please note, however, that these are just my personal highlights in the USA. Still, I felt like sharing them for your convenience. After all, I might not be the only person around who needs to fill some blank spots on the map, eh? ;-)

Note: I get commissions for purchases made through the links above.
___________________
Looking for a more global approach? Here are 20 amazing places to add to your bucket list you (probably) never heard about!

Ever since I saw the first picture of Delicate Arch, I knew I had to see this wonder of mother nature. Obviously, I would love to spend a bit more time in the whole area, as the Arches Scenic Drive (43 miles long) is what really makes this bucket list worthy. I really have to stress that there is more than just one arch, beautiful as it may be.

It’s hard to describe with words just how beautiful the Nā Pali Coast State Park is. A helicopter ride over the jaw-dropping coastal formations is very high on my American bucket list. Oh, and I won’t say no to a relaxing little Hawaii staycation either! They do have some beautiful beaches (3 of them actually made it my list of the 20 best beaches in the US).

Who will ever be able to escape the captivating light show of the Upper Antelope Canyon? I certainly can’t. Ever since I saw the first picture (I think it was some Britney Spears video, lol!) I knew I had to visit. It might be a bit crowded, but hey – I’ll not complain when seeing the sheer pink awesomeness!

I dunno about you, but I grew up watching Yogi Bear. Yet, I never actually made it to Yellowstone Park and the adjacent Grand Tetons National Park. Now I don’t want to track bears, but rather see the multicolored hot springs, the geysirs and above all, the beautiful landscape and wildlife.

I grew up high in the German alps – a region famous for pines barely reaching to your hip. When we saw whole cars passing through trees tunnels in great documentaries of our youth, it truly felt surreal. Trees just didn’t get this big. I feel like I really have to get to Sequoia National Park one day and settle my “doubts” once and for all!

Arizona is probably the place in the USA I want to visit the most. The monumental landscape is just beyond fantastic. Horseshoe Bend has always been on my bucket list, simply because it almost seems man-made. Like someone decided to condense nature’s very best in one spot. I might just go on an extended Arizona & Utah road trip like these guys.

To be quite truthful with you, I have been to Niagra already. But I was such a little kid, and I barely remember. I just remember wearing a yellow cape, getting wet and uh..yes, that’s about it. So I really want to return and see this mighty cataract again!

9. Kayaking between icebergs in Alaska

You probably saw it before. This lone canoe making its way through the thick icebergs of the Alaskan waters. I want to experience this. I’ve already been to the north pole, but this just feels different. I also want to go gold panning, obviously. Just like Scrooge McDuck (my childhood’s hero!).

Believe it or not, I have never ever been to Las Vegas. I guess I was never really a gambling kind of guy, nor really one who likes big shows and magicians. Still, I really wanna walk down the strip once and look with jaw wide open at all the dazzling lights. Here is a wonderful guide to Las Vegas by my blogger colleague Luke Marlin, I’m sure you’ll enjoy as much as I did!

Oregon and its rugged natural beauty had me captivated ever since the early nineties. When I learned of the tidal pool called “Thor’s Well” I knew this state had to be on my bucket list. For me, watching the unrelenting play of the tides is almost something magical!

I have always had a fascination with caves. I’ve seen lava tubes on the Galapagos Islands, Ice caves on Spitsbergen, tidal karst caves in Thailand, and the list goes on. But I haven’t been to any caves in the US, so Carlsbad Caverns in New Mexico seems a safe bet on having an amazing experience!

Or well. I think we actually went to some cavern with my aunt at age 16ish? But I just remember the car museum and that place that supposedly sold the best fudge in the U.S. (but was so unbearably sweet I had to spit it out).

Straight out of a fairytale – there are no other words to describe Watkins Glen State Park. If there is one reason to visit Upstate New York, then this is. I have actually been there when I was 8 or 9, but really can’t remember a thing!

I wish there were some more books on this park, but as of now, I could only find A Walk Through Watkins Glen: Water’s Sculpture in Stone. Ah, well…maybe I should fill that gap with my photography? :)

Bryce Canyon is one of these places that will haunt you for a lifetime. To me, it always looked a bit like some deserted soldier manufactory left behind by aliens – so precise are the single rock needles cut from the terrain. What about you?

Another canyon I have to add to my American bucket list the Grand Canyon. Could possibly do it as a day trip from Las Vegas, but would probably like to hike a bit around the deep gorges (just maybe not in the hottest season).

Ever heard of the Hamilton Pool Reserve in Texas? Me neither! But when I first saw a picture of the place, I knew I had to put in on my all American bucket list. It looks almost like a Mexican cenote! Just wow!

When we are talking about surreal is probably doesn’t get any better than The Wave in Arizona. I don’t want to get there, to shoot the same picture a million other tourists already took home. I want to wander among the rocks and marvel at the beauty of nature!

I don’t try to hide it. I was a very weird kid. While others were playing with cars and soldier toys, I was reading books. The indigenous people of the Americas were of particular interest to me. At one point in my life, I actually studied Yucatec and Cherokee. There are few permanent remains of the long, pre-European settlement tradition of the North American Continent. So, the Mesa Verde National Park is a must-see attraction for me!

Why the hell do I want to see Badland National Par in South Dakota? I already mentioned that Scrooge McDuck was my childhood hero. And there is an episode in his life & times of Scrooge McDuck where he is fighting bandits in the Badlands. And well, I just want to see it myself. And truth be told, the landscape is amazing anyhow.

I’ve been to Washington DC twice. But I feel it was never enough to see it all. I am a huuuuge fan of museums. I feel like coming back to highlights like the National Geographic Museum or the Air and Space Museum is never a waste of time – not only because of possible special exhibitions. You always learn something new and see things you missed on previous visits. So, I really want to return.

Over to you! What is on your American bucket list? Share your ideas with me! And pin this article if you liked it! 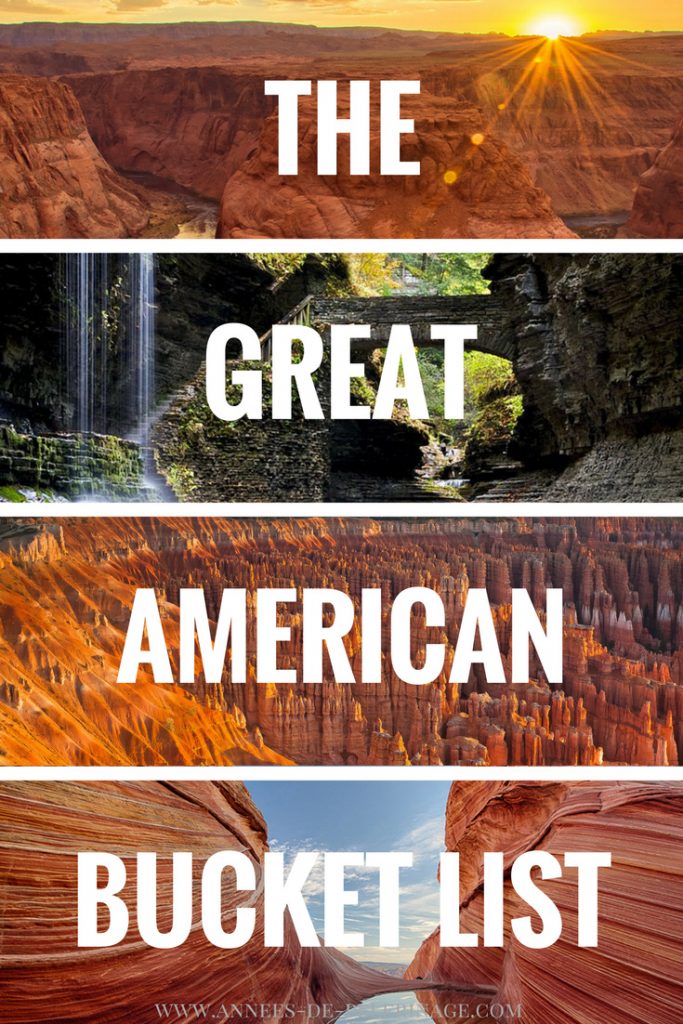 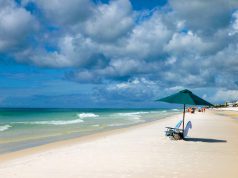